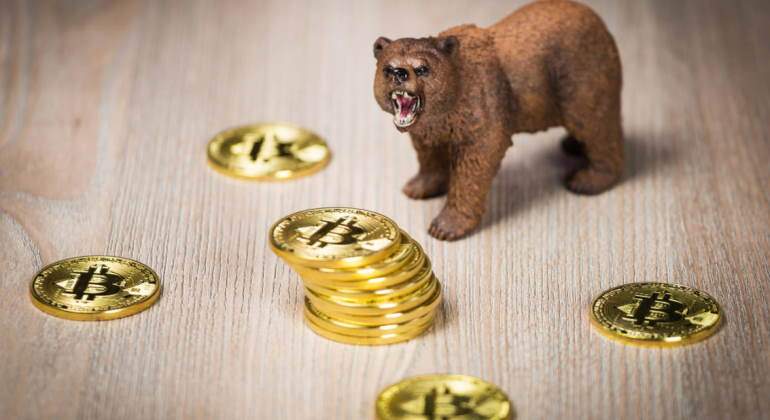 Bitcoin and cryptocurrencies have once again suffered a hard correction during the weekend, which is extending during the day this Monday, where the largest crypto by capitalization falls more than 5% .

Cryptocurrencies could be on the verge of reaching a tipping point that will define their future and fit into our society as central banks and other public bodies begin to regulate an ever-growing market. This uncertainty, fueled by bad news coming from technical analysis and from China, is hitting the price of bitcoin and other cryptocurrencies.

Since May, this market has been the victim of a wave of negative news that has come from important institutions (such as central banks, regulators, governments), which have focused on the environmental impact of bitcoin mining or illegal activities in which this cryptocurrency (or others) is used to make it difficult to trace said operations. This time, not even the tweets or messages from the great supporters of bitcoin have been valid, for now, to reverse the trend.

This latest and accused bitcoin disaster occurs when several regions of China are suspending cryptocurrency mining operations ( the great migration ) at the behest of the central government, which has started a fierce campaign to control operations with these digital currencies and against activities related to its mining due to its high consumption of electricity. Bitcoin is trading again in the dangerous zone of $ 32,000-33,000.

This search and destroy China bad technical aspect of the bitcoin adds, whose price is the victim of crossing death ( death cross ) , a figure ‘charting’ which is calculated using the moving average (the average price of an asset in different periods of time).

The death cross comes to bitcoin
Javier Molina, eToro spokesperson and analyst, explains in a comment that “from a technical point of view, the $ 30,000-42,000 zone continues to delimit the movement in the short term. From the flow analysis, investor sentiment is still negative and the low volume (below 8,000 million dollars a day) it could be concluded that there is not enough strength to break any of these levels in the very short term. ” This expert believes that if he loses $ 30,000, the market could go into panic mode and sink the price to $ 20,000.

Chinese intrahistory
Behind these movements there are fundamental aspects in the market that definitely influence investor sentiment. Delving into China’s siege of cryptocurrencies , the Sohu news portal collects that the central province of Sichuan – one of the main producers of hydroelectric power in the country – has been the last to issue an order to stop those operations, after they did it Qinghai (center-west), Inner Mongolia (north), Yunnan (south) or Xinjiang (northwest).

These areas were attractive to miners due to low electricity costs. During this process, a significant drop in the hashrate is expected. o global computing power dedicated to mining. To date, Chinese miners controlled up to 65% of that global hashrate .

The Sichuan authorities have investigated 26 mining companies and ordered their closure on Sunday, while requiring electricity providers to check throughout this week if their customers are engaged in such activities and, if so, disconnect them from the network.

The mining process, in which supercomputers solve complex calculations that allow the generation of new units of the cryptocurrency in question and validate transactions with their tokens , involves a large consumption of electricity that has begun to alert the international community and especially to the Chinese authorities.

Beijing against bitcoin
Beijing’s campaign against bitcoin and other cryptocurrencies not only aims to save energy – which is scarce in the country this year – but also to reduce emissions derived from its production, and is also part of the government’s financial risk reduction plans .

From the aforementioned Sohu newspaper , consulted by Efe , they point out that those who own small-scale mining servers in China are trying to sell them, while those who had made a more considerable investment are considering the option of taking their equipment to other areas such as North America.

If last May the People’s Bank of China, the country’s central bank, shook the price of bitcoin by further restricting cryptocurrency operations to financial institutions in the country, this Monday it was known that the body has ordered the Alipay payment platform and several national banks that do not provide services related to the trade of digital currencies. These firms have also been ordered to cut payment channels for cryptocurrency exchanges and OTC platforms, according to a statement from the Chinese supervisor obtained by Bloomberg .

All this is weighing on the sentiment of some investors who in recent days have shown greater aversion to risk, also causing a correction in the stock markets and other assets linked to the growth of the economy and the cycle.

Among these assets linked to risk is bitcoin, which in recent months has shown a remarkable correlation with the equity markets or oil, breaking the ‘myth’ that has established bitcoin as the gold of the 21st century.