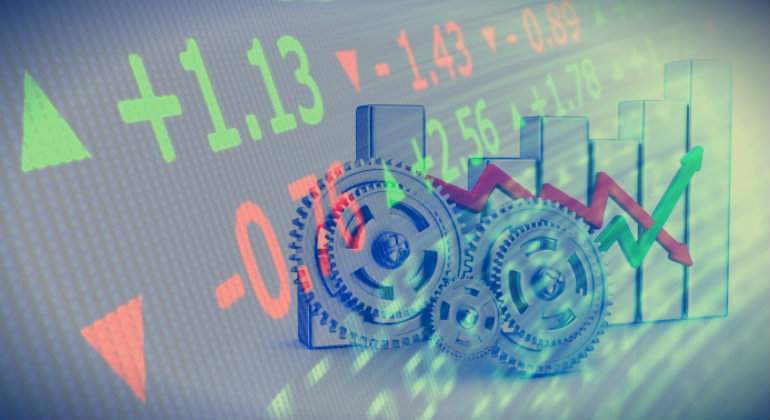 The equity market -without any geographical exception- has opened the door in recent sessions to have a few first summer sessions, if less entertaining . The bears have threatened to take control of the main stock markets on the planet and could ratify the bearish signs that were already outlined in the final bars of last week if they end up yielding key levels in the next few hours.

The fact that some of the most important European stock exchanges on the Old Continent closed the last gap they generated to the upside on Friday and that the always important Dow Jones Industrial began to show a clear potentially bearish divergence with respect to the S&P 500 and especially with the Nasdaq 100 , already began to sow doubts in the minds of investors and analysts at the end of last week.

“The main danger of seeing this fall would increase if the S&P 500 loses support of 4,155 / 4,167 points , from where it opened the last relevant gap to the upside and which corresponds to the 50% adjustment of the last stretch of rise”, warns Joan Cabrero, analyst Ecotrader technical and advisor in his weekly strategy commentary .

Something that does not seem unreasonable in light of the increasingly recurring data that predict a return of inflation in the main developed economies of the planet. And it is that this trend has accelerated the rumors of a withdrawal of stimuli and the consequent rise in interest rates , something that is usually received with declines in the trading floors.

The Japanese Nikkei has been one of the most bearish selective of the session in Asia. The Japanese index has fallen more than 3.5% on the day, thus registering the second largest fall of the year for the index since the sight at the end of February .

In fact, only five companies managed to escape the declines at the beginning of the week. Financial services companies have been among the hardest hit after long-term Treasury yields continued to decline following the Federal Reserve’s turn at last week’s meeting .

Government bond yields are often one of the best thermometers in that regard. Today, the yield of the US paper due 10 shows declines in line with those seen on Thursday and Friday of last week, after the Federal Reserve Open Markets Committee (FOMC, for its acronym in English) announced that It is already seeing up to two rate hikes in 2023.

In fact, its profitability is already at the levels of the beginning of March this year, following the statements of James Bullard, president of the Saint Louis Fed, seeing a rate hike sooner than initially planned and opening the door for the debate on the withdrawal of stimulus to the US economy to be put on the table.

When to buy again
In this context, the consolidation that the EuroStoxxx 50 had starred in in recent weeks could become a more powerful correction if finally the falls continue to deepen and cause the transfer of supports such as 4,040-4,020 points .

“In the case of losing this level”, explains Cabrero, “the door would be opened to a correction that could seek support at 3,785-3,800 points , which is the range that we suggest to wait before making new purchases oriented to the medium term with an objective starting at 4,575 points “.

In the case of the Ibex 35 , for its part, the failure of the upward resumption attempt raised last week has shown that “the maximums set by the Ibex 35 at 9,305 points have been a temporary ceiling in the rises in recent weeks and the point of origin of a fall that could be similar to the one we saw in January or March , which caused decreases of 9 and 5% respectively from its last maximum , which would mean witnessing falls towards 8,500 or 8,800 points ” , assures the technical analyst.

“It is precisely in that area where we would recommend buying Spanish equities again, especially if the selective Spanish loses the first supports it presents at 8,965 points “, Cabrero sentenced.