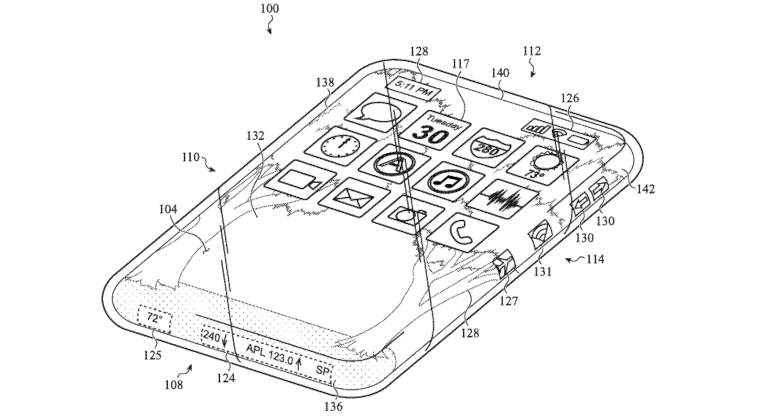 Apple has patented a smartphone design made of glass, which would accompany other devices of the same material, such as an Apple Watch and a Mac Pro.

The design of the iPhone is still one of the most attractive in the industry, and at this point it does not seem that Apple is going to change its lines much; if anything, they can evolve with the arrival of new technologies. If the rumors of the iPhone 14 are true, for example, we should expect a mobile similar to the iPhone 13 but without ‘notch’ or cameras sticking out, but otherwise, it will be recognizable as an iPhone.

That may change in the future, as new materials and technologies make possible designs that are now fantasy. The latest patent granted to Apple in the United States is a look at a possible future, in which all the company’s devices would be made of glass , as revealed by Patently Apple .

The patent does not speak of a specific device, but rather raises a generalized concept of electronic devices with a glass enclosure; The interesting thing is that, as examples, he puts an iPhone, an Apple Watch and a Mac Pro computer. The text focuses on how Apple could create these devices, and the potential applications that it would have.

It’s a patent that focuses more on how you would put the glass pieces together, and how they would bend to create a ‘box’ that would house the internal components. In the case of a smartphone, it also explains that it would be possible to have six different screen areas, which would open the door to displaying information on the edges of the screen, something that we have already seen from manufacturers such as Samsung or Microsoft.

In addition, it also explains that the image could adapt to that curvature; For example, if we look at the mobile from the side, the iPhone apps could appear in the curved area. Thus, we would not necessarily have to look at the mobile from the front to be able to use it. The curved area could also be deformable; for example, to perform actions such as controlling the volume if we press the edges of the mobile with force.

As is usual with patents, this does not necessarily mean that Apple is going to launch a glass iPhone; But at the very least, you are considering it or have decided that the patent is worth filing just in case.