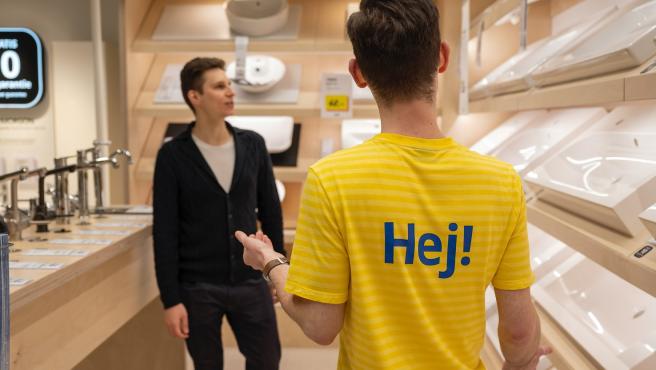 Ikea has announced that its entire global workforce will receive an extraordinary pay next January as compensation for having passed “the most demanding stage for business and people”, and to start 2022 with “optimism” in the face of “future challenges”, after a year and a half “difficult”.

As explained by the multinational in a statement, there will be an equitable distribution among employees depending only on their type of working day, but in any case in the same proportion and amount regardless of the position or level of responsibility they occupy.

The total figure that the Ingka Group will distribute among all its workers will amount to 110 million euros , of which 4.1 million will be distributed in Spain.

After a year and a half classified as “difficult” by the company, Ikea wants to thank its employees for their work this time, and also convey the “optimism” and “confidence” with which they face the “future challenges” in the face of the new anus.

The company has also pointed out that this gesture stems from the purpose of Ikea to “take care” of people , among whom its workforce is “key”, also within its sustainable commitments to have a positive impact on its environment.

With its more than 9,100 employees in Spain, Ikea reported a growth of 16.2% in its last year, reaching a turnover of 1,682 million euros and records such as a 90% increase in its online channel, where it sold 356 million euros , already representing 22.7% of total billing.

All this has earned Sweden to enter the world podium within the Ingka Group as the third country that has grown the most this year , only behind the United States and Russia .