Apple files two patents for drones, will we see its apple on our heads 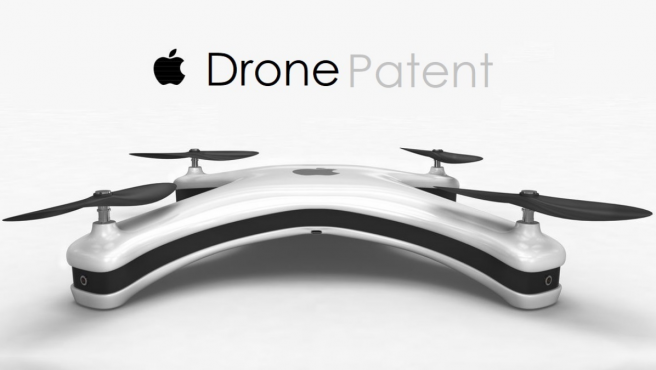 Apple has registered patents for an unmanned aerial vehicle (UAV) with the United States Patent and Trademark Office ( USPTO ), which means that in the near future we could see drones with the isotype of the bitten apple flying over our heads.

According to the Patently Apple website , the company has filed a total of two patents with the USPTO through which it can be predicted that they are working on technology to create their own UAV.

The first patent refers to the interaction between the drone and its controller. Through this document, Apple explains the functionality of pairing and connecting and disconnecting the UAV and its controller . In fact, this report is so rigorous that it details the gadgets, systems, and methods that will be used to connect the flying device to the wireless controller.

The development of this technology is carried out by different important names of the firm, such as the chief engineer of Wireless Design, Alosious Pradeep , the technical chief of Mechanical Engineering, Javier Ruiz , the engineers Krisztian Kiss and Vijay Venkataraman . Other people involved in these inventions are also mentioned, such as Han Pu or Srini Nimmala .

For its part, the second patent places more emphasis on the monitoring and control that will be carried out on these unmanned aerial vehicles. In this way, Apple talks about how the device will be monitored through a circular network system.

In addition to filing its two patents in the US, Patently Apple has also reported that the company has issued similar patents in Singapore . However, these have minor modifications.

The wood for the carcass comes from a typical Hawaiian tree.

Regarding the second request, it should be noted that it was submitted on February 23, 2021. However, its existence was not known until November 11, that is, on Thursday of last week. It is now known that in March 2020 the patent was already applied for in Singapore under the title of ‘Unmanned aerial vehicle monitoring and control’, so Apple has kept the secret for more than a year.

Although the registration of these patents has come to light, this does not imply that Apple finally ends up launching drones . While there is such a possibility, when brands register their patents with bodies such as the USPTO, they do so to defend themselves against future design theft.

These patents do not always materialize in products. Despite this, it must be borne in mind that the market for unmanned aerial vehicles is very interesting and it is very possible that Apple opts for taking its drones forward.