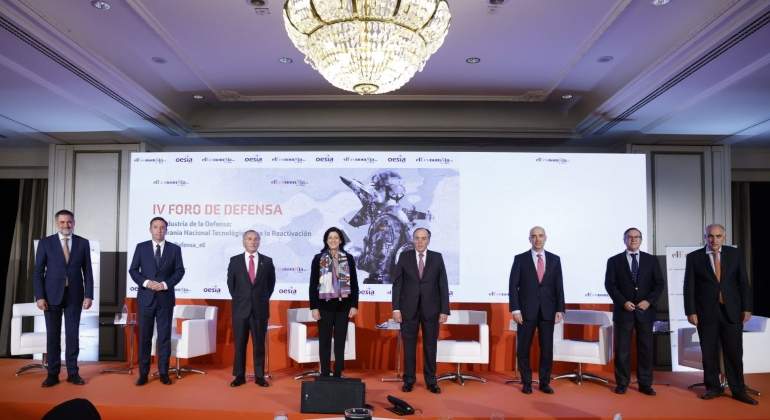 In the framework of the IV Defense Forum organized by elEconomista in collaboration with Grupo Oesía, one of the main demands of the sector has been that of greater long-term budget stability.

In this regard, Luis Furnells, executive president of Grupo Oesía, pointed out that this sector is very intensive in “high technology that requires investments so that it can grow and that must be framed in a multi-year plan. We need certainty, investment frameworks knowing that we invest it we are going to get it back “.

In fact, the defense industry has a significant multiplier effect. For every euro invested, 2.5 euros are generated in the Spanish economy. Likewise, it is a strategic, resilient sector, with a great export capacity and that is nourished by great labor talent.

In this sense, Francisco Javier Sánchez Segura, Executive Vice President of Airbus Spain, remarked that “when we talk about technological capabilities they are always long-term. Therefore, we need long-term policies. There is no problem of collaboration, what is perhaps lacking is a structuring state that allows us to have long-term visibility, planning, investment plans, capturing talent and giving us visibility. We have to think a lot in the long term to be competitive. “

Along the same lines, Ricardo Domínguez, president of Navantia, remarked that “we have gone from building foreign designs to building our own designs. There is a very capable industry to develop our own product. Collaboration has to go further, we need a stable budgetary framework long-term”.

Members of the North Atlantic Treaty Organization (NATO) committed years ago to dedicate 2% of gross domestic product (GDP) to defense, which has increased investment. However, in Spain spending in this industry is 1%. As Miguel Ángel García Primo, CEO of Hisdesat pointed out, “the industry needs continuity and maintenance of investments. It is useless to reach the 2% objective if later years later we drop back to 1%. Therefore, the sustainability of the investment is essential. “

For his part, Ignacio Mataix, Indra’s CEO, indicated that “we need more investment. 14 NATO countries have already achieved the goal of 2% of investment.” In this regard, Mataix remarked that “we have proposals for the use of European funds. Investment in defense is growing slower than we would like and with less visibility than we would like.”

A strategic sector
The event also featured the participation of Esperanza Casteleiro Llamazares, Secretary of State for Defense, who stressed the importance of the defense industry for the economy. “In 2020 this sector had a turnover of 20,000 million euros, with 75% being exports. In addition, it generates 23,000 direct jobs that maintain 69,000 additional direct and indirect jobs, with 70% being highly qualified”.

Casteleiro Llamazares also agreed with the rest of the experts on the need for “investment and budget stability.” In this way, he believes that “European funds are a great opportunity that will require greater public-private collaboration”.

The historic package approved by Europe in response to the crisis caused by Covid-19, called Next Generation EU, contemplates an investment for the defense and security sector of almost 15,000 million euros between 2021 and 2027.