Moncloa Raises The Rise In Contributions To Pay Pensions To 0.6% 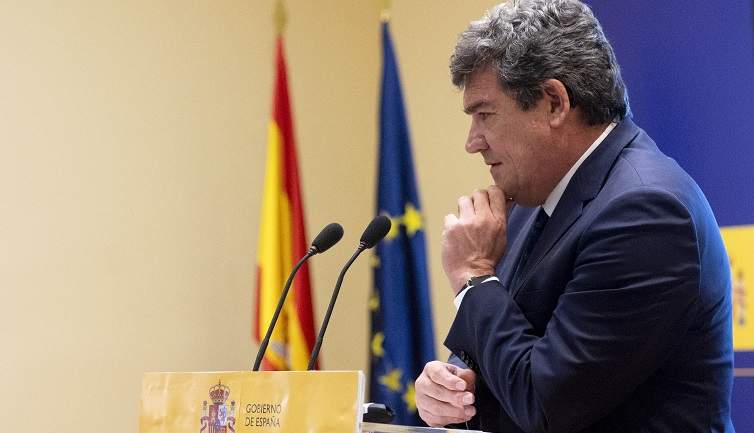 The Government presented this Monday a new proposal to the social agents for the intergenerational equity mechanism that foresees a refloating of the coffers of the pension piggy bank that allows to have an extra remainder for the moment of greater financial stress of the Social Security due to the retirement of the baby boom. The latest text raises to 0.6% the increase in contributions during the decade of provisioning of the reserve fund between 2023 and 2032, although it establishes a distribution: 0.4% will be borne by companies and 0, 2% by the worker.

That is to say, with this new proposal issued by the Ministry of Inclusion, Social Security and Migrations, on the intergenerational equity mechanism, the proposal for an increase in contributions is raised by one tenth with respect to the first approach, although it burdens the employer on 66 % of the total labor cost of the measure. In this sense, the experts consulted by elEconomista already warn that this simple modification significantly worsens the scenario regarding the impact it could have on job creation and the labor market.

“It is a bigger nonsense than the first proposal”, points out the economist and researcher, Javier Santacruz, about the thick line of the new proposal, recalling that it goes even further if possible in the increase in labor costs for the employer – all the time in In the previous proposition, the rise fell on the employee – and this puts the creation of employment even more at risk and therefore the recovery path subject to the increase in employment after the health crisis. “He proposes that companies assume most of the rise in prices,” Santacruz warns.

It should be remembered that the previous proposal has already sparked debate not so much because of the tax element on the income of workers with the expected rise in contributions but also because of the economic scope of the measure itself . It should be remembered that the calculations made by Minister José Luis Escrivá’s own cabinet estimated an annual return of 1,700 million euros in extra income through contributions, which represents about 17,000 million in the whole of the decade. But even so it would be a meager economic cushion, taking into account that the cost of repealing the Pension Revaluation Index (IRP) and the Sustainability Factor approved by the PP involve assuming a spending path that will widen to 60,000 million euros the financial deficit of Social Security.

Examined in social dialogue
At this point, the new proposal received by the social agents in the last meeting held this Monday must be examined by the internal bodies of both the employer’s association and the unions. Both the UGT and the Workers’ Commissions (CCOO) value “positively” the changes in the Government’s position regarding the definition of the intergenerational equity mechanism through an improvement in income, to replace the Sustainability Factor of the current pension system.

It should be remembered at this point the narrowness of the self-imposed deadlines for this negotiation. The new mechanism is part of the first leg of the pension reform that is being processed in Congress, although its implementation was not included in the bill pending an agreement with the social agents before November 15 , for which there is barely a week left. The idea is to introduce what is agreed via amendment.

Both unions hope that the Executive will improve its proposal “in terms of sufficiency”, without this predetermining future negotiations within the social dialogue, if necessary. UGT and CCOO assure that they will continue working on this matter in the coming days.

On the other hand, already last week, the proposal to raise the prices caused discomfort within the CEOE , since it represents a new increase in the costs of companies, after the announced increase in the minimum rate of corporate tax collected in the project 2022 budget and the increase in the minimum interprofessional wage (SMI), among other measures adopted by the Government that involve greater business spending.

However, the rise in contributions for the equity mechanism would begin to take effect from 2023 , for a period of ten years to fatten the Reserve Fund for pensions, which currently has just over 2,100 million euros. Thus, the CEOE assures that it must “study” the proposal presented by the Executive at the meeting this Monday, which “has been held in a cordial atmosphere.”

Meanwhile, from the Ministry of Inclusion, Social Security and Migration, they describe Tuesday’s meeting as “very productive” and confirm that they have presented “small modifications” regarding the proposal on the intergenerational equity mechanism presented last week, taking into account ” the contributions of the social agents of the last days “. Social Security maintains that “progress is being made” and the talks will continue in the coming days. Although there is no call date, the unions believe that the next meeting will be before Monday 15, since that day is the deadline.