How To Withstand The Temperature Of The Lava Of A Volcano 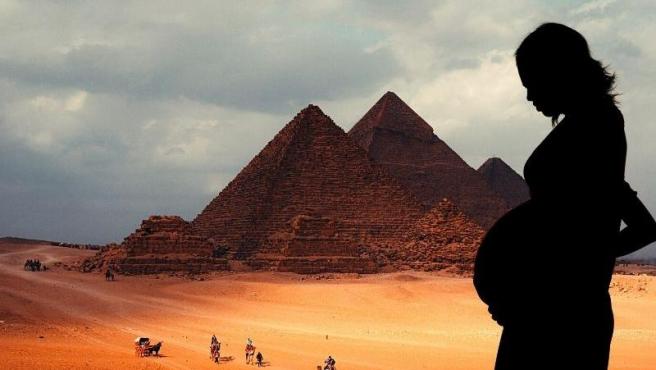 It is clear that we are not going to discover the solution to contain the La Palma volcano . It is even more evident that if there were a material capable of preventing the lava from destroying everything as it passed through the Canary Island and the experts could place it on the ground, measures would have been taken.

However, this question raises other questions, such as what materials exist in nature, if any, that can withstand the temperatures of a casting . Or if the human being has created something capable of withstanding the more than 1,200ºC that the lava from a volcano can reach .

As indicated by the National Geographic Institute (IGN) , lava is “the fluid and hot material that the volcano can throw outside in a non-explosive way . ” This type of eruption is characterized by the fact that it comes out sliding by the action of gravity down the volcanic slope, being able to cover large areas.

As we say, when lava comes to the surface when an erupting volcano enters, its temperature can vary between 800ºC and more than 1,200ºC . In fact, the data recorded by the same institution indicate that the temperature of magma, the mixture of molten rocky materials that can contain solid particles in suspension and dissolved gases, depends on the initial temperature of fusion of the rock and the time of ascent towards the surface.

Thus, the highest temperature measured in a volcano has reached 1,170ºC, while the lowest has been around 400ºC.

One material to contain them all
As we can see, for a material to be resistant to volcanic lava it must withstand temperatures of up to 1,200ºC, however, anything built for the steel industry could easily withstand that heat .

The materials created by humans that best resist heat
In June of last year, a group of scientists from the National University of Science and Technology MISIS (Russia) found a way to build the most heat-resistant material ever created by man: the triple hafnium-carbon-nitrogen system, the hafnium carbonitride (Hf-CN).

Image of the Volcán de Fuego in Guatemala.
This is the technology to monitor volcanoes that has saved more than 50,000 lives
It is, specifically, a ceramic material with the highest melting point among currently known compounds . The tests showed that the new compound resisted heat better and had a higher melting point than the theoretical one with which it had been compared . What’s more, it is so high that it could not be determined precisely in the laboratory because from temperatures of 4,000 degrees it is difficult to recreate the experiments.

In the future, the team plans to conduct experiments to measure melting temperature by high-temperature pyrometry using a laser or electrical resistance . They also plan to study the performance of the resulting hafnium carbonitride under hypersonic conditions, which will be relevant for its subsequent application in the aerospace industry.

Artificial intelligence will help reconstruct the frescoes of Pompeii.
Take a look under the solid lava of Pompeii: they rebuild frescoes of the city thanks to artificial intelligence
In the UK too, progress has been made in this field : in late 2020 a group of researchers from Imperial College London discovered that tantalum carbide and hafnium carbide materials can withstand scorching temperatures of almost 4,000 degrees Celsius . This research was conducted to find components that would allow spacecraft to withstand the extreme heat generated when exiting and re-entering the atmosphere. In other words, the discovery paved the way for new types of heat shields.

Tantalum carbide (TaC) and hafnium carbide (HfC) are refractory ceramics , which means they are extremely heat resistant. In particular, the team found that the melting point of hafnium carbide is the highest ever recorded for a material.

The Etna volcano has erupted this Tuesday
Satellites could help detect when a volcano is about to erupt
Although there is no technology available to test the melting point of TaC and HfC in the laboratory and thus determine up to what extreme environmental threshold they might work, the study researchers developed a new heating technique using lasers to test the heat tolerance of these materials .

The curious case of airgel, one of the most resistant materials in the world
It is already part of the usual videos on the Internet to see a laboratory or team of researchers testing what would happen if they pour lava on top of some material . They do it in the name of science and at least as a curious experiment it has its value.

A couple of years ago, the experiment channel The Action Lab wanted to find out what happens when you pour lava on airgel, a ‘supermaterial’ that is considered the most powerful thermal insulator known to humans for its ability not only to withstand without problems. high temperatures, but is also practically incapable of transmitting the heat it receives. This image of a flower standing fresh on an airgel sheet under the flame of a torch speaks for itself:

The airgel not only survives the experiment, but is touched with the finger without burning . Minutes later, when the surface of the rest of the lava has cooled and is black, the airgel still looks red hot because its insulating ability keeps the lava underneath warm, but none of this heat is transmitted to the surface. . It’s no wonder NASA is working with it for future uses in space.