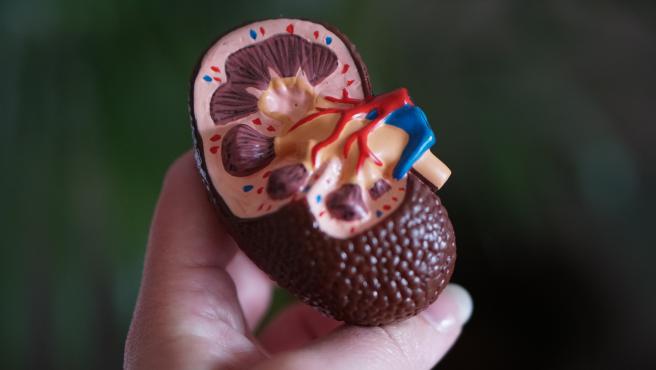 The endocrine system of our body is one of the most complex, along with the nervous and immune systems. It is in charge of regulating numerous bodily functions, which it does using chemicals called hormones.

Thus, the disorders that affect the different parts of this system can have very serious and varied consequences for the body. A clear example of this is Addison’s disease.

What is Addison’s disease? What are your causes?
As we said, Addison’s disease, or adrenal insufficiency, is a disorder that affects the adrenal glands , which are located above the kidneys. These glands secrete a series of fundamental hormones in various bodily processes, such as the body’s response to stress (especially cortisol or aldosterone); therefore, Addison’s disease prevents the supply of these hormones.

In most cases, Addison’s disease is due to an autoimmune disorder (it is the person’s own immune system that attacks the body) but, in very rare cases, it can also be caused by infections or tumors.

What are your symptoms?
The symptoms of Addison’s disease are very varied , which accounts for the complexity of the endocrine system. They usually appear in a very progressive way, so that they are not clearly visible until a stressful situation (such as an illness or injury) occurs that makes them worse and makes them evident.

However, there is also a form in which the disease occurs suddenly, known as acute adrenal insufficiency or Addison’s crisis. When this happens, the illness can lead to shock and even death , which is why it is considered a medical emergency.

In this case, symptoms, which occur suddenly , include severe weakness, disorientation, pain in the lower back or legs, vomiting, diarrhea, abdominal pain, hyperkalemia, hyponatremia, decreased consciousness, and delirium.

How is it treated?
The main treatment against this disease is hormone replacement therapy with those that the body is not producing at the proper levels. For example, hydrocortisone, prednisone, methylprednisone, or fludrocortisone acetate are typical.

In addition, the patient should adjust his diet , starting to consume a lot of sodium (in the form of salt and salty foods).

It is also recommended to wear a medical alert bracelet indicating the condition that is suffered, so that it is easier to receive emergency medical attention if an attack occurs, and a glucocorticoid injection kit.

In crises , it is common to administer sugar, saline, and corticosteroids.