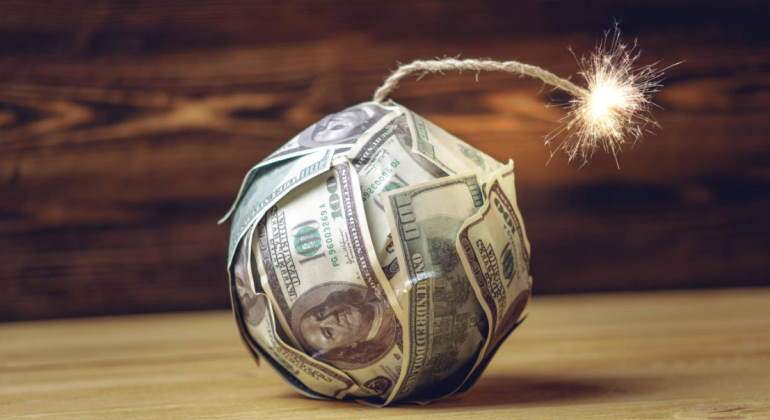 The US inflation appears to be peaking but, however, still shows clear signs that point to a decrease from recent peaks. In the week we left behind, we learned how consumer prices rose in September at an interannual rate of 5.4%, the highest in 13 years.

This figure was slightly higher than the 5.3% of the previous month. For its part, the underlying rate, which excludes food and energy prices and is considered a better measure of the trend, remained at 4%, below the maximum of 4.5% in June , but still near highs not seen in the last 30 years.

The International Monetary Fund itself remains vigilant. Its managing director, Kristalina Georgieva, said she was impressed by “the deep and exhaustive debate” that central bankers and finance ministers have had in recent days during the institution’s annual meeting.

When asked by the Economist about the perfect storm that is looming over prices, especially on this side of the Atlantic, Georgieva said that inflation should be temporary, but said that we must be “very vigilant because there are other factors that could put prices down.” .

At this time, everything seems to indicate that inflation will remain higher than expected due to the increase in energy prices and the shortage of goods. The energy boost should be reversed next year due to base effects and lower oil and gas prices.

Risk of upward pressure
Input shortages are worsening and will persist for some time due to tight inventories, pandemic closures in Asia and strong demand for imported goods. These pressures should start to ease next year. But there is a risk that shortages will trigger a more persistent spike in price pressures, especially when labor is also in short supply, especially in the US.

Some models, such as the Inflation Trend Index (ITI), which offers a multifaceted profile of price behavior, suggests that prices will remain high in the short term. In the current month, he ventures that inflationary pressure will remain stable at the 5% mark , without major changes compared to September. For November, it expects a decrease to 4.7%. That said, expectations differ according to the investment desk.

Inflation is temporary, but the IMF asks to monitor the trend
The CFRA forecasts that the year-on-year reading of the general CPI will continue to be high in December, around 5.7%, but will reach its maximum in the fourth quarter of 2021, with an average of 5.5%. “We still have to see if these big price increases will raise inflation expectations in 2022 and if the increase will be really temporary,” says Sam Stovall, its chief investment officer.

As he explains, the speed of the slowdown in CPI growth in 2022 will help decide the timing of the first rate hike, which is now scheduled for September 2022 and which could occur even earlier as events unfold. For now, at street level, Americans expect inflation to hover around 5.3% in the next year, according to the Fed’s Consumer Expectations SurveyNew York September.

This is a 0.1 percentage point increase from August and is the highest level in the Fed’s monthly survey since it began in 2013. That said, they expect gas prices, food and the costs of university education will decrease by an average of 4.2 percentage points, 1.1 points and 0.9 points respectively in the next year, according to the survey.

“We expect these sources of inflation to moderate in 2022”

Rising commodity prices have already cost US consumers $ 87 billion, or 0.6% of GDP, from January to August 2021, according to Bank of America data . This has probably been an important factor in the recent downward revisions to GDP growth in 2021.

With these data on the table, arguably the most worrying development has been the clear upward trend in long-term inflation expectations for US households. Even so, these are conditioned by the recent visible variations in prices, especially in energy and food.

“We expect these sources of inflation to moderate in 2022, so we suspect that the measures of long-term expectations will also be reduced. But it is clear that there is a risk that they will not do so ,” warns Simon MacAdam, Capital Economist Economics. From his point of view, inflation in the US will close the whole of 2021 with a rise of 4.2% and will moderate to 2.3% next.

Boost until the end of the year
For Jan Hatzius, chief economist at Goldman Sachs, the current supply chain disruptions will push the prices of some goods above the pre-pandemic trend and drive core inflation until the end of 2021.