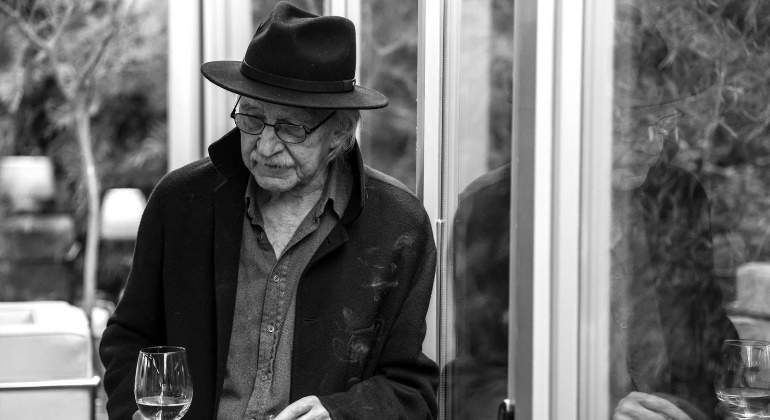 “Without freedom there is nothing . ” The philosopher Antonio Escohotado (Madrid, 1941) died this Sunday in Ibiza, sheltered by his family. A staunch defender of individual freedom, of “live and let live”, he moved to the island in the 70s. He was one of the great protagonists of the Ibiza countercultural awakening.

Antonio Escohotado is today one of the most recognized philosophers of today . Leave a legacy of iconic works. His largest essay, The Enemies of Commerce, a moral history of property, analyzes the success of the consumer society in three volumes. After locating the complex that precipitated the idea of ​​trade as an infectious disease, he goes on to describe its ups and downs from the Greco-Roman civilization to the present day. “There is no alternative to commerce, the only alternative is violence,” Escohotado commented in one of his last interviews.

Founder of the Amnesia nightclub, the thinker played a leading role in the Ibiza countercultural revolution
He was a translator of thinkers like Hobbes, Newton or Jefferson. He practiced the bioassay , testing, classifying and describing the physical and subjective effects of more than thirty different psychoactive substances for the writing of the user manual that, after various editions and launching it to the public opinion, would end up entitled Learning about drugs.

Escohotado played a leading role in the emergence of the island of Ibiza as a countercultural focus in Spain at the end of the Franco regime and the democratic awakening , by founding the Amnesia nightclub (1976). Escohotado decided to spend his last days on the island, surrounded by family and friends. Over the years he evolved, from a greater application to the abstract in his youth and early maturity, towards a growing interest in the data extracted from the observation of the more concrete reality, taking the option of “an observant science, cornered today for its predictive branch “.

From the underground militancy during the Franco regime, his political positions have evolved until he defined himself as “a liberal democrat” , while in his work the idea matured that “any political utopia ends up being indiscernible of one or another eugenic project, euphemism for genocidal companies. “

“The book of my life”
According to Escohotado, with the third age he undertook the effort “to go from original to wise, and from ingenious to equanimous, concretized in composing The Enemies of Commerce , in his opinion” the book of my life. “In principle, this project is limited to specify who, in what context and with what results “have argued that private property is theft and trade is its instrument . ” However, it was an unprecedented investigation.

Until then, no history of the communist phenomenon had added to the ideological debate the details of its economic context, the evolution of parallel institutions such as the union, large companies, property defended by copyright or the different social security systems . If in the first volume its development until the French Revolution was analyzed, and in the second volume the events that occurred up to the first years of the 20th century, the third deals from Lenin to the last populist movements that emerged in the 20th century in Latin America and their reflection in Europe in the XXI through parties like Syriza in Greece or Podemos in Spain.

With his death, the philosopher who dared to analyze the two great taboos of the 20th century in Europe leaves: drugs and communism . “Communism is a religion. The religion of not being. It seems that there is substance, it seems that there is nature. Serious error. It is nothing. And within this, if we manage to steal and kill enough, maybe something will appear”, manifested in one of his last interviews.

Escohotado spent the last years of his life spreading the lies of communism . He called Marx an “impostor.” Economist Juan Ramón Rallo interviewed him last month. Escohotado advised young people that “never underestimate the power of their spirit and always demand the maximum of themselves and do not waste time.”

“I would like to be remembered with this phrase: I tried to be brave and I discovered how to study,” the philosopher concluded. Escohotado is already one of the essential philosophers of the Spanish 20th century. Rest in peace.