Europe And The Ibex Close The Week At 4.3% And 0.6% Of Their Purchase Levels 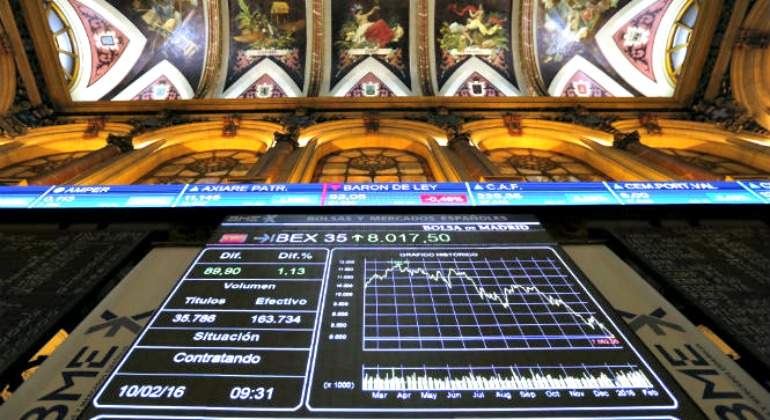 A faltering start to October for the stock markets, after a bad September (the worst month of the year in general) in which different fronts were opened: the debt crisis of the Chinese real estate company Evergrande, the political blockade in the United States (the plan of Biden stimuli), the tightening of inflationary pressures in the face of a global energy crisis and the uncertainty about the impact of the withdrawal of stimuli from the Federal Reserve (Fed) and the rest of central banks or bottlenecks in supply chains global markets due to high demand that cannot meet supply, damaged by the coronavirus pandemic.

The cocktail is explosive enough to recall the statistics of a bloody month for the markets. October is historically related to the stock market panic : at the end of October 1929, the Dow Jones unleashed the Great Depression in the United States; In mid-October 1987, Wall Street collapsed, becoming the first Black Monday of the North American stock market; And in 2008, the collapse of Lehman Brothers also broke out in October.

The key levels that the team of Ecotrader analysts indicate that it is necessary to monitor at present to know if the correction will deepen or slow down are the 8,850 points of the Ibex 35 and the 3,850 of the EuroStoxx 50, of which two benchmark indices closed this Friday at 0.5% and 4.3%, respectively.

The first accumulated losses of 0.83% in the week, with Enagás, Naturgy and Siemens Gamesa, as the worst values, and the news that the experts who form consensus that follow the evolution of Iberdrola, after a poor stock market performance in the year (it loses around 25%) ?? exacerbated by the measures to stop the rise in electricity bills ??, they recommend, for the first time in two and a half years, to open positions in the company. The weekly decline was 2.96% for the main European stock market, while the S&P 500 dropped 2.80% with mid-session data.

“The opening [of this Friday] with a wide bearish gap made us fear the worst, but finally the blood did not reach the river, without prejudice to the fact that we see this fall as a new warning for sailors, to add to the confirmation of the engulfing pattern bearish that took place this Thursday in the majority of European and North American indices “, explains Joan Cabrero, adviser of Ecotrader.

“This engulfing pattern warns us that the maximums seen in September have been a ceiling for medium-term increases and the point of origin of a correction that could still have a certain margin of decline, to the area of ​​3,800 / 3,900 points of the EuroStoxx 50 and in the worst case the 7,700 / 8,000 points of the Ibex 35, although it is true that we would not be surprised if it could show strength by remaining above the key support found at 8,550 points “, continues the expert in technical analysis of the investment strategies portal of elEconomista .

“As long as the technical situation of the Ibex 35 does not lose it, it will be more lateral than bearish and we continue to think that it is a matter of time before it exceeds 9,000 / 9,055 points and is directed to objectives that I manage at 10,100 points; the question will be to see if it needs to be before go to seek support at 7,700 / 8,000, something that we will only favor if it loses that support of 8,550 points “, concludes Joan Cabrero.

Oil and gas escalation
Oil remained in the area of ​​highs in 2018. After exceeding $ 80 during the week the futures that trade on a barrel of Brent, a benchmark in Europe. Different analysts observe that the latest increases could push OPEC + to review its policy of gradual reduction of production and begin to raise it at its meeting on October 4, since demand continues to improve and in the short term it will increase more as part of it moves. from gas, which is at a high, to oil.

European gas prices rose this Friday to a record 100 euros mWh as the risk of a global energy crisis increases.

The money that goes to the US debt? the 10-year bond climbed to 1.5% during the week ??, and therefore the dollar, seeking refuge, caused the euro to depreciate 2.5% in September, until it lost 1, 16 dollars, minimum of July 2020, and that with a volatile start to the quarter it remains close to that level.