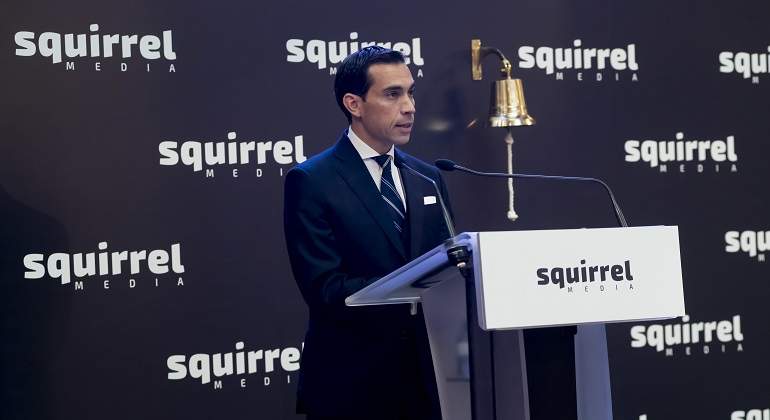 Vertex 360 is a thing of the past, the company will be called Squirrel Media from this Thursday. The new christening was presented at a ceremony at the Madrid Stock Exchange that was attended by the president and CEO of Squirrel Media, Pablo Pereiro and Julián Martínez, vice president of the group. They both rang the bell in unison.

“It is necessary to celebrate that we are a new reality”, has assured Pereiro. With this change, the firm goes from being present in a single country, Spain, to making the leap to more than 30 territories . Expansion plans that do not end here since they intend to double the number in the coming years.

For this expansion process, they do not rule out looking for new travel companions. “In a global world, walk the road alone”, the manager has highlighted. Squirrel Media’s idea is to integrate with other companies “before the end of the year . ” They will be companies of a relevant size and the processes will generate “tens of millions of euros”.

Despite internationalization, Squirrel Media wants to continue to maintain the spirit that has marked its last years. “We are Vértice 360 ​​and many other things”, celebrated the president of the company.

In fact, the new group will follow the steps started in the past and its business will continue to be articulated around three axes: technology, advertising and audiovisual production . In fact, it is already “the Spanish group with the highest organic growth in percentage and one of the largest globally”.

“Our strategic plan includes a great development and organic growth together with multiple inorganic operations that will allow us to consolidate and expand our position in the global market”, the president of Squirrel Media has advanced as a vision of the future, adding that the brand is called to become “one of the fastest growing international groups in our sector globally”.