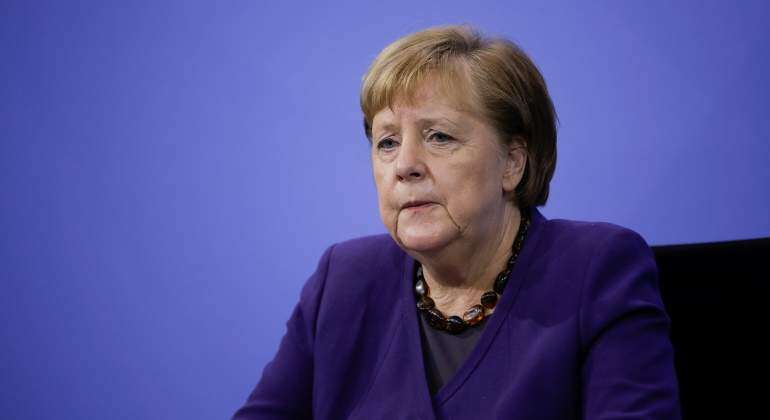 It arrived after awakening the suspicion of millions of Germans and now all mourn its departure. German Chancellor Angela Merkel leaves the country’s leadership after 16 years at the helm of its Executive. More than a decade and a half in which it has led Germany – at least shared with France – of the European Union with its economic policy focused on budgetary rigor and the commitment to the industrial sector to sell its Made products to the world. in Germany .

Aware of the new challenges facing the country, Merkel has decided not to run for re-election and also leave the leadership of the CDU. The open political war for his succession leaves open several fronts. But hardly anyone in Germany obviates the need for the country to reinvent its economy after the Covid-19 crisis if it wants to remain at the head of the European Union.

New debt rules?
Merkel has left healthy accounts prepared to withstand the financial stress that will imply undertaking those reforms that, according to all German analysts, necessarily go through a digitization that is too many years overdue. The reduction of public debt has been one of the great legacies after years of financial stability with Angela Merkel. Something that will now facilitate maneuvers for the new government team.

The political situation points to new rules of the game for the European Union. The new Executive will be forced to review the calculation of the debt and deficit ceilings of the Maastrich Treaty . The consensus of the major parties, especially the Social Democrats, points in this direction. However, more minority parties, but which may be fundamental as a hinge for shaping the new Executive, will not make it easy. Budgetary rigor is still today a fundamental pillar for a large sector of the population.

Germany maintains the lowest public debt of the major Euro economies . Specifically, 71.1% of the Gross Domestic Product (GDP). A figure that represents almost half of the debts of France (118%), Italy (160%) or Spain (125.2%). Germany has managed to contain its liabilities after a very tough 2020 with coronavirus. Not all have succeeded. There are substantial differences that exist between European countries. The temperance of Estonia is remarkable as well as the moderation of Luxembourg and Bulgaria.

The Czech Republic, like Sweden, have a very temperate debt, such as Denmark, Latvia, Lithuania and Romania. Malta, the Netherlands and Poland maintain their public debt in 2020 at levels below 60% of their GDP and Slovakia narrowly exceeds it. The debt of Germany and Finland does not reach 70% of their GDP.

But there is another group of countries, which is Spain, whose indicators have skyrocketed. This is also the case of Greece, which, by dragging its financial ailments, sees its indebtedness exceed the 200% level and that of Italy, whose debt continues to gallop at disturbing levels.

Portugal also suffers from a worrying debt figure, which is influenced by its ills of yesteryear aggravated in 2020. Spain is in a difficult situation, along with Cyprus. And France is getting into swampy ground when it comes to its public debt.

The good situation of the German accounts will be essential to embark on the path of reforms that analysts ask the new Government to leave the German polls. The 2008 crisis turned Merkel into the lady of austerity. This condition served him years later to be accused within his own party for, in his opinion, putting the German welfare system at risk, something that few today dare to say. What is worrying now is the absence of reforms in matters of the future.

They criticize that the still chancellor has mortgaged her economic development to the fact of being an export power. Specifically, the third largest in the world, only behind China and the United States. In important industrial sectors, such as the automobile, sales outside the German borders account for more than half of the turnover of these companies.

Not be left behind
The question now is how to face the post-covid era. The think tank German economic agree on the need to invest in digitization. According to the consensus of analysts, Germany is lagging behind other countries when it comes to digitization . They criticize the Merkel government for ignoring this issue in recent years. As an example, the pandemic forced schools and colleges to close. The educational system of one of the most prosperous countries in the world faced distance learning without computer programs, without equipment, without experience and even without an Internet connection in good condition.

Another issue that worries the Germans is energy. Merkel’s policy has promised to achieve climate neutrality by 2045. At the same time, the German government has decided to completely do away with nuclear power. The chancellor has thus left the country’s energy future in the hands of renewables. Specialists have serious doubts that it will achieve the capacity that a country like Germany needs.

In addition, the banking sector is also worrying. The entities are not very competitive and need consolidation, but in the savings bank sector, which is very important in Germany, there is political interference and the consolidation process of these entities is too slow.

Reversing these situations is essential to keep Germany at the forefront of Europe. And this requires a strong investment, both political and financial, that allows them to maintain their competitiveness with respect to their European partners and other global competitors. The accounts allow it, but it will be necessary to see what the Germans are willing to move away from the budgetary rigor that characterizes them so much.

One of the key parties to unblock the Government of Germany has it clear. “The orgy of public debt has to end.” This is what those responsible for the FDP consider it, which has gone from around 5% in January to exceeding 10% in the polls. For them, Merkel’s rigor has been clouded by the Covid crisis and they ask to contain spending now. This gives an idea of ​​how difficult it is in Germany to spend. The FDP is already the pivotal party par excellence in Germany. However, the Budget will be affected by that change that everyone expects on both sides of the German parliamentary arch.

Merkel’s legacy
Germany has grown in 13 of Angela Merkel’s 16 years as chancellor – the last two contracted due to the pandemic – with unemployment now at 5.6% despite the coronavirus, industrial production at record highs and exports above from the levels of February 2020. In addition, the German State closed with a surplus six consecutive years -until the emergence of the covid- and by the beginning of last year it had reduced its debt by 20 percentage points compared to 2010.

But this is not the complete picture of the largest European economy, with a wage restraint that slows consumption and unbalances the trade balance, and a deficit of public and private investment that makes a dent in physical and digital infrastructures.

“The economic and fiscal policy of the Chancellor in her almost 16 years has been focused on stability and security, ” explains the president of the German Institute for Economic Research (DIW), Marcel Fratzscher, of the Keynesian school. Remember that Merkel acceded to the Chancellery when Germany was the “sick man of Europe” and that since then the economy “has evolved very well”, although thanks to the economic and labor reforms launched by the government of the previous Chancellor, the Social Democrat Gerhard Schröder.

Merkel’s “credit”, he says, has been in managing the crises of recent years , especially the debt and pandemic crisis, focusing on “stability”, “security” and “trust.” “It has not been a courageous economic policy, seeking change, but a stabilizing one,” adds Fratzscher.

Stefan Kooths of the Ordoliberal school is the director of the Center for Research and Growth of the Institute of the World Economy (IfW) of the same opinion. “There were hardly any reformist steps”, assesses Kooths, and points out that the only two positive decisions in his opinion of the Merkel era have been the delay of the retirement age to 67 years and the “debt brake”.

But they are exceptions, since many other measures – from the extension of early retirement to the introduction of the minimum wage – went in the opposite direction. These are “many small measures that individually are not problematic, but taken as a whole significantly reduce economic activity”, he believes.

“After 16 years one cannot be very happy with this balance,” says Kooths, who regrets that in Angela Merkel’s economic policy, partly due to her fixation on the current crisis, “a clear trajectory has never been recognized” .