Germany Goes To The Polls Divide Between Continuity And Tax Hike 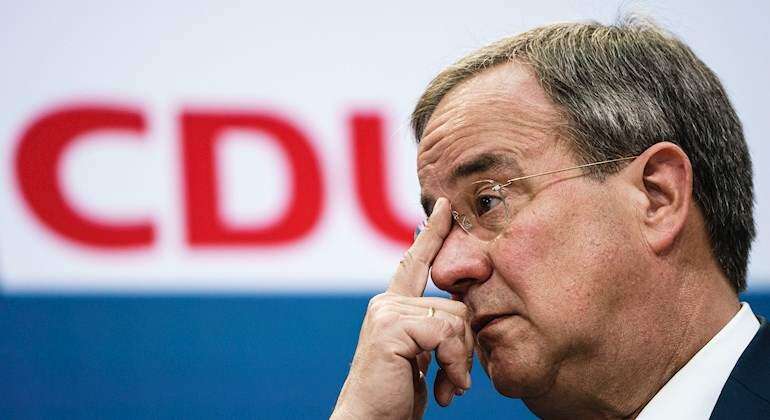 Germany returns to the polls this Sunday to elect 709 deputies to the Bundestag , the German Parliament. These elections represent the end of the Merkel era -16 years- and the beginning of another political stage for the country that is torn between being the capital of environmental issues as the main concern of Germans, a greater tax burden as postulated by the left and, Germany’s role in the EU, facing those who seek more integration and closer to France, those who want greater federalism and those who defend Germany’s preponderant role as leader of the Old Continent.

With 40% undecided and the polls tied at just four points between the first and second candidate, a priori the socialist Olaf Scholz (SPD) stands as the winner of the national elections, followed by Armin Laschet , heir to the party Angela Merkel (CDU) , and topping off this shortlist was the leader of Los Verdes, Annalena Baerbok .

The rest of the candidates (extreme right, liberals and post-communists), in a ‘ Borgen ‘ operation , will be fundamental when it comes to making combinations of Government, alliances that this time it seems that they will not be a grand coalition, at least if we stick to the statements made by the main German leaders throughout the campaign.

However, the agreements between some political forces and others seem long and complicated. So it is very possible that Angela Merkel will continue to occupy the German Chancellery for a few months, and any result may be a last minute surprise.

The candidates
Following what the polls indicate, each time with less margin of distance between the first and second candidate, Olof Scholz is positioned in first place. The socialist has so far been Angela Merkel’s vice chancellor and finance minister within a grand coalition government. In fact they say that he is the best heir to the conservative leader. Scholz is a clear advocate of higher taxes and increased public spending. In its ‘Respect’ program, it has supported an increase in the vital wage to 12 euros per hour, or the recovery of the Heritage tax. Its image is perceived with confidence and offers stability to the voters. The truth is the case of Scholz, lawyer and mayor of Hamburg, it is of a geometric progression in the polls surpassing all forecasts.

Armin Laschet, the favorite months ago in all the demoscopic projections, has been falling, in large part, because of that smile of his that was detected in images, when he visited the areas affected by the enormous floods this summer. His profile is less mediatic than Merkel’s, and among conservatives it seems that there are disagreements between the convenience of his election as successor to the current chancellor.

Until the final stretch of the Conservatives’ candidacy, his shadow came from the hand of the minister-president of Bavaria, Markus Söder, of the CSU, who has been characterized by obtaining good results in the polls, standing out as a firm candidate since the middle 2020.

Laschet is continuity – addressing, like the rest of the political forces, the importance of the environment in their agendas – and Merkelian pragmatism. In recent days, Laschet is closing the gap with his socialist rival.

Annelena Baerbock, the leader of the Greens, is in third position, although she has been falling in vote prospecting midway through the campaign. His training will be key in almost all combinations. He has already governed with Merkel, he can do so with the socialists, and also with that strange mix that would be the liberals. Baerbock is one of two female candidates in this campaign, alongside post-communist Janire Wissler. With a degree in International Law, the leader of the greens stands in the center of the political board with the amulet of green politics and the virtue of being able to agree to the right and the left.

With fewer chances
The extreme right in Germany, led by Alice Weidel (AFD) , with Tino Chrupalla doing the pair, has gone from being an emerging party to a formation isolated by the sanitary cordon from the rest of the parties. Against vaccines, emigration, away from the EU, they do not teach their cards on economic matters either.

Is Christian Linder the candidate who defends liberal principles (FPD) , a program based on the economy, is the favorite for a possible agreement with the CDU. But Linder could well get along with Scholz’s socialist left. Missing years of the German parliament, the problem is whether formations more to the left of the SFD enter that bobbin lace. Nonetheless, the Liberals have become the favorite party of many young Germans, and they can deliver huge surprises.

The post-communists, the old left beyond socialism, championed by Janire Wissler and Dietmar Bartsch, close the German electoral offer . The candidates of Die Linke have a lot at stake in these elections. The polls give them a 7% intention to vote, with one foot outside the Bundestag . Over time, the presence of this formation has been diluted, but it is possible that they are part of an equation with the SPD and Los Verdes.