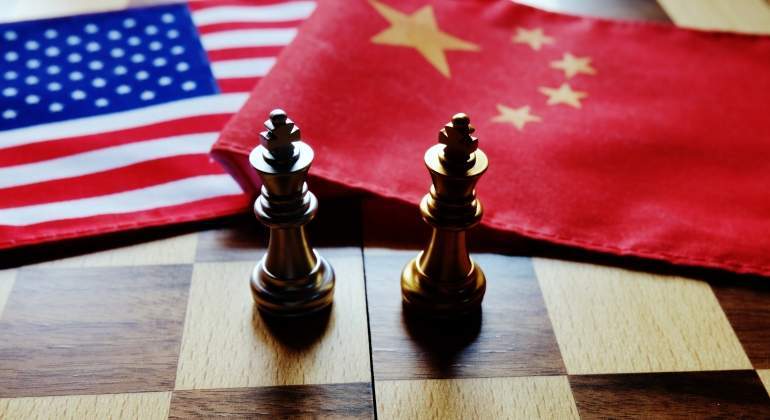 The latest castling of the Administration of US President Joe Biden in its alliance with the United Kingdom and Australia to contain China’s ambitions in the Pacific continues the disconnection between the two largest economies in the world. Beijing countered the coup with its intention to adhere to the Comprehensive and Progressive Treaty of Trans-Pacific Partnership (CPTPP).

The US considers the influence of China as the main geopolitical threat to the interests of the country. That is why the agreement with London and Canberra to equip a key Anglo-Saxon ally and neighbor of the Asian giant with the latest nuclear submarine technology and long-range missiles is one way to respond to the threat posed by the 14 operational nuclear submarines of Beijing for multiple strategic points and key trade routes in the Indo-Pacific.

Commercial influence
For its part, China is trying to increase its own influence with its recent intention to join the CPTPP. It should be remembered how the Barack Obama Administration was close to joining this multilateral pact, formerly known as the Trans-Pacific Economic Cooperation Agreement (TPP, for its acronym in English) before former President Donald Trump withdrew the US from it in 2017.

Until To date, Biden has not eased the pressure started by his predecessor against Beijing. It maintains tariffs on more than half of the Chinese goods that arrive in the country while US lawmakers have endorsed in a bipartisan spirit several measures against the Xi Jinping government, including the threat of expelling 270 Chinese listed companies from the US stock markets. One more step towards disengagement.

In fact, if the decoupling between the world’s two largest economies continues gradually – with the rearrangement of supply chains rather than their complete breakdown – the consequences would be much more disturbing for China and the group of countries aligned with Beijing than for the United States, according to a Capital Economics report accessed by the Economist. This is largely due to the fact that most of the world economy sits in the bloc led by Washington and its allies.

The analysis, based on the bilateral relations of the 217 world economies recognized by the World Bank, plus Taiwan, identifies a total of 114 countries classified as part of the US sphere of influence, while 90 are within the Chinese bloc. It is also pointed out that, although the Chinese bloc has a slightly higher proportion of the world population, it only represents a quarter of world GDP while the United States represents 68%.

“China has a large number of countries in its field, but most are small in economic terms,” ​​explains Julian Evans-Pritchard, an economist at Capital Economics and author of the report. As he insists, the Asian country continues to depend much more on the West both for final demand and for inputs.

Obviously, the biggest economic impact of disassociation will be on the commercial side. Although China is the world’s largest exporter, export and import flows between the two blocs are surprisingly small, accounting for only a quarter of world trade in goods and services. Half of world trade takes place within the US bloc . This volume is only 6% within the Chinese bloc.

“A key implication is that the Chinese bloc is much more dependent on demand from the US bloc than vice versa. 59% of the Chinese bloc’s exports go to the US bloc, even before Hong Kong re-exports are accounted for. In the other direction, the proportion is only 15% “, justifies Evans-Pritchard.

In 43 of the 50 largest economies, trade generally depends on demand and output from the US bloc, but dependence is somewhat less among the Chinese bloc countries. On average, the largest economies derive 12% of their GDP from the exports that are ultimately consumed in the US bloc and spend a similar amount of their GDP importing foreign added value generated in the same bloc. In contrast, dependence on China is less, averaging around 4% of GDP in both directions, regardless of the bloc.

Backstab to Paris
The new security agreement between the United States, the United Kingdom and Australia (AUKUS) has been described by the French Minister of Foreign Affairs, Jean-Yves Le Drian, as a “stab in the back”. In fact, the French embassy in Washington canceled a gala scheduled for this Friday. After all, Washington’s strategy sacrificed the nearly $ 40 billion deal with the Gala Naval Group to build 12 diesel-powered submarines for the Australian government. Tightening the rope with Paris could have direct consequences for Washington’s efforts to stop Beijing. For example, the investment treaty between the EU and China, which bothered the Biden Administration so much, could be reactivated.

In Brussels, the repercussions of the agreement between Washington, London and Canberra overshadowed the announcement by Josep Borrell, head of the bloc’s diplomatic and security arm, about the new strategy to strengthen influence in the Indo-Pacific region.

Borrell said he understood the French government’s disappointment with Australia’s decision. According to various analysts, AUKUS is likely to benefit BAE Systems through its aim to strengthen cooperation in areas such as artificial intelligence, quantum computing, cyber warfare and underwater defense. Nuclear-powered submarines are considered stealthier and faster and are therefore considered necessary to counter tensions in the region.