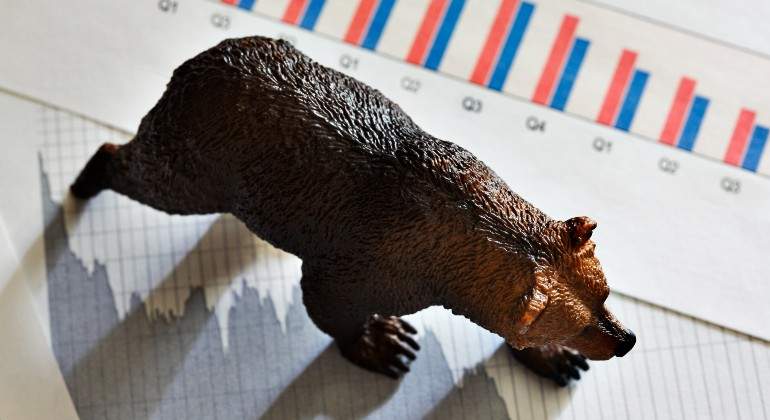 Stock markets have not found a clear direction to go this summer, with some correction in some sectors despite the fact that the strength continues to be on Wall Street. But pay attention. From IG they suggest not to make a portfolio in the period that starts tomorrow and that will not end until October.

The CFD firm based in Spain refers, in particular, to the blackout period that affects the buyback programs of US companies, where this shareholder remuneration formula is much more widespread and has a direct impact on the revaluation of the stock markets. . ” If we take the last 71 years in the S&P 500 we see that the annualized profitability has been -9% for the period from September 16 to October 26 , which is the repurchase blackout period for American companies. Obviously, having This in mind, if we had to generate a portfolio, the ideal thing would not be to do it now, “acknowledges Sergio Ávila, IG’s head of analysis, in a presentation to the media this morning in Madrid.

Ultimately, the prohibition of making buybacks in the 15 days prior to the presentation of quarterly results and in the 15 subsequent days does have an impact on Wall Street, according to historical figures. IG does trust, however, that once this date has passed – the end of October – the market, mainly the US market, will continue its upward trend.

“Starting in October, FAANGs will once again outperform last year’s profits. The trend is still totally bullish, we have most of the global indices close to the annual highs and it gives rise to optimism. on the markets, “says Ávila. To this is added another “positive factor”, “the main one”, for IG, such as “the post-pandemic economic recovery. To this day there is no more profitable asset than equities (…) At the moment it continues there is a lot of liquidity in the market. Despite the fact that we are in a short-term corrective phase in the face of [futures] maturities “on the stock exchanges.

Among the negative factors that could affect international markets is “the slowdown in economic growth in China ” or also that “we are entering a period of stagflation.” On the radar, IG says it has Evergrande, the second largest real estate company in China with liquidity difficulties currently and whose bankruptcy would affect 128 banks, according to the firm. In addition, “the US is proposing a tax increase that will cause a fall in the profits of large companies and that will also generate an adjustment in valuations.”

IG also advises to look at the Russell 2000, the US small companies index, which will also benefit from “market breadth” in a clear uptrend.

Spain
The increases that technology is driving in both the US and German stock markets have not spread to Spain, mainly “due to the scarcity of this sector” that the stock market has. In addition, and among the factors that will affect the national market is “the uncertainty of the electricity sector” that contrasts with “the good prospects for construction,” they assure from IG.

On the other hand, the recent announcement by the European Central Bank to accelerate the end or the moderation of purchases in the euro area should not be missed. “If a tapering began in advance, it is true that the banking sector would benefit, but not if this caused declines in the markets,” says Ávila. The inflation forecast in Spain, of 3%, at the end of the year, or in Germany, of 5%, “could favor the start of tapering by the ECB.”

What stocks are showing the most strength right now? On the banks side, IG is betting on Bankinter and BBVA. “Its intrinsic value is 6.56 euros,” says Ávila about the bank of Basque origin.

Within the construction sector, IG highlights Lar España and Sacyr, “as two firms that trade below their theoretical intrinsic value.” For the construction company, this upward potential reaches 60%. Other firms recognized by IG are Colonial, FCC, Ferrovial and Merlin Properties.

Within commerce and finance, Corporación Financiera Alba stands out, although they prefer Mapfre.

In the electricity sector, despite valuing REE better, they prefer not to be at this time. “If it is expected that the four main electricity companies, Iberdrola, Endesa, REE and Naturgy, the impact is about 2,600 million euros on a joint profit of 7,000 million this year, it is 30% of the profit. It is logical that they can continue adjusting the valuations. This is not the time to be in the electricity sector and if you are invested, you should be covered, “they say. Ávila does not rule out that firms such as Iberdrola could leave, if it loses the 9.7 euros, at the minimum of March of last year.

Among the strongest in defensive values, Cellnex stands out. “We like, in general terms, industrial and construction. I would avoid the most cyclical, such as tourism. If the sector does not recover soon, IAG could carry out another capital increase,” acknowledges Sergio Ávila.