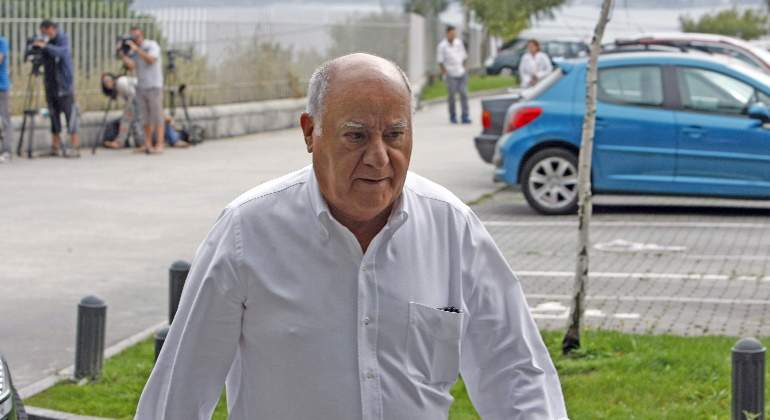 The assets of Amancio Ortega, the eleventh richest man in the world according to Forbes magazine , increased in 2020 by 4% compared to the previous year, reaching 61,132 million euros .

The Galician businessman’s fortune includes the net worth of his holding companies, his subsidiaries engaged in the real estate business and other financial interests , which he controls through Pontegadea Inversiones.

In their accounts appear the sum of the equity, assets, liabilities, income and results of these companies. Despite the fact that Amancio Ortega only owns 59% of Inditex, the accounts show 100% of these company variables, according to Cinco Días .

Pontegadea Inversiones has just deposited its individual financial report in the Mercantile Registry, where it appears as the “parent company with the greatest asset of a group of companies subject to the same decision unit”. This decision-making unit owns 50.1% of Inditex, among other businesses, and is made up of Partler, which controls another 9% of Ortega’s flagship, and Pontegadea GB, through which it carries out its real estate activity in the United Kingdom.

The effect of the pandemic
For Pontegadea, the pandemic caused by the coronavirus translated into a reduction in its profits in 2020. According to the results published at the end of July, the conglomerate of companies earned 62.5% less than in the previous year , around 666 million euros of net profit.

The drop in Inditex’s dividend is the main cause of this hit in the group’s income. As a result, 2020 dividend income, compared to the previous year, is almost € 1 billion lower .

Together with Inditex shares, this figure includes the 9.99% stake in Telxius, the 5% it has in Enagás and the net income from the real estate business, which registered a 1.2% drop and stood at 613 million. To all this, in addition, the 163 million were added in donation commitments to the Amancio Ortega Foundation, destined to launch social programs.

Regarding financial debt, as of December 31, 2020 it was 1,022 million euros, compared to 1,091 the previous year. The treasury and equivalent were estimated at 802 million, which gives a net debt of 220 million euros .