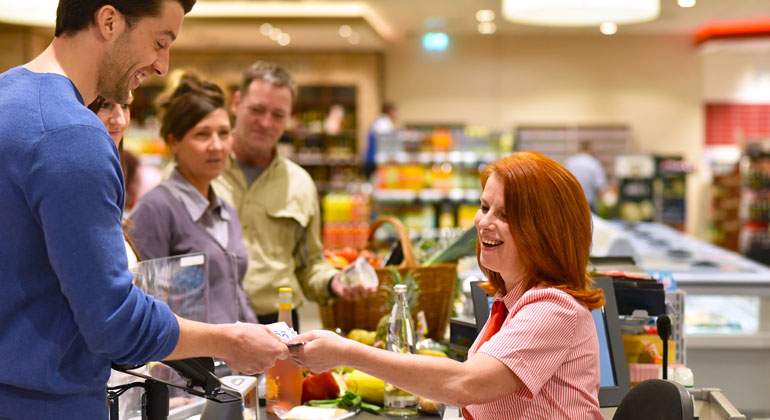 “There may be a specific case, but neither the price of food is rising nor would it be justified for it to do so due to an increase in electricity prices because companies negotiate long-term contracts.”

Ignacio García Magarzo , CEO of Asedas , the employer of supermarket chains such as Mercadona , Lidl , Dia or Ahorramás, is forceful in the face of the accusations in recent days of a disproportionate increase in the price of the shopping basket. As he says, “the efficiency and competitiveness in our companies is very high and although it is true that there has been an increase in costs – mainly in fuel transport – it has not been transferred to the consumer.”

After the strong rise that is taking place in the price of electricity, the OCU (Organization of Consumers and Users) has been the first to warn this week that a domino effect was already taking place on other sectors, such as mass consumption . According to this organization, vegetable oil and fats have risen 20% so far this year; mineral water, soft drinks and juices 7.4%; fresh fruit 4.6%; eggs 3.5% and poultry 3%.

And they are not the only ones because other essential foods in the diet have seen their price increase, being legumes and vegetables , with a decrease of 1.3% , and fresh and frozen fish , with 1.2% , the only ones that they have appreciated a decrease.

From Asedas they assure that it is false and also show their discomfort at the fact that they are accused at the same time of raising prices and paying farmers little. “It is true that there has been a product like oil that has risen in price at source, but it is due to other reasons and not to light. What cannot be is that we are accused of paying farmers little and using the I claim oil as a product selling it at a low price and then when it rises it is said that we are making the shopping basket more expensive, “says García Magarzo .

The price of electricity continues to triple that of a year ago
For now, what has caused the rise in electricity is that the Consumer Price Index (CPI) has rebounded in August to 3.3% year-on-year, the highest rate since October 2012, according to the leading indicator published this Monday by the National Institute of Statistics (INE) . In July of this year, the CPI for food and non-alcoholic beverages changed by -0.21% compared to the previous month, although the interannual variation reflects an increase of 1.71%. “But we must bear in mind that the situation is not comparable because last year he was coming out of confinement,” says the general director of Asedas .

The price of electricity in the wholesale market for this Saturday stood at 134.89 euros per megawatt hour (MWh), with which this indicator chains two days down, after the historical maximum set on Thursday at 140.23 euros MWh. The problem is that this price is more than triple that of a year ago.