Elon Musk’s Project That Wants To Free Us From Slavery 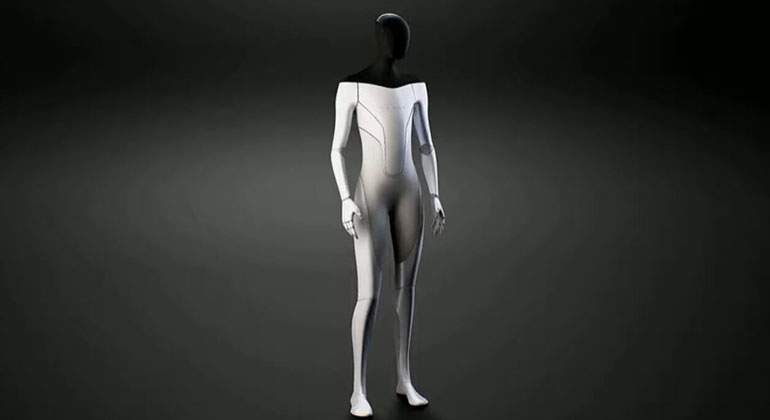 At dawn last Thursday, Elon Musk , presented the Tesla Bot while reflecting on the need in the medium term to coherently structure Basic Income (Universal Basic Income) in order to compensate people who will be displaced by automation, raising even, that with the launch of its new humanoid robot planned for next year, physical work will be an option for humans.

Musk is envisioning that his Tesla Bot will replace much of the dangerous and repetitive work that occupies so many people’s lives today, not just at work, but also in our personal lives, such as grocery shopping. I would say that, from the ‘liberation’ of the former, e-commerce is already doing it.

In my last article, Artificial Politicians, I mentioned that there is great economic pressure to make humans obsolete. Above all, because the advances in Artificial Intelligence are already a great business, extremely profitable and far-reaching. But this won’t come as soon as we think, despite all the pressure from some Silicon Valley moguls, big tech, or gurus to make it happen. In my view, there will be a previous stage.

2021-2041: Mass replacement?
During this period we will live a phase where the achievements of Artificial Intelligence will bring terrifying social implications. From healthcare and education to finance and technology , all jobs that are on some level of routine will eventually become automated, leading to the death of traditional careers and a traumatized middle class. Any worker performing predictable, repetitive, or routine work will be at high risk, as an algorithm can also learn early through practice. Sorry, it will be unavoidable.

Smart algorithms will continue to make most jobs obsolete. Some observers say that our humanity is a pit that machines cannot cross. They believe that people’s capacity for compassion, deep understanding and creativity are inimitable, but time to time. Elon Musk recently said that we should merge with machines if we don’t want to be irrelevant.

Yes, it is true, we can think that Artificial Intelligence will also create new jobs. Some estimate that the robotics revolution will create 97 million new jobs by 2025 , compared to the 85 million it will destroy , but to achieve this goal, in the next five years, half of all workers will need some improvement or retraining to prepare. for new jobs and changes, as well as a significant investment in improving and updating the skills of youth and adults. This hypothetical required growth rate is further aggravated considering that in Spain only 25% of the population has basic digital skills .

That same year, 2025 , will almost certainly be when China will become the world’s leading country in Artificial Intelligence , despite the restrictions that the Chinese government is putting on its technology. With an investment close to 200,000 million euros and a population of more than 1,400 million inhabitants and few restrictions on the use of user data, the Asian giant will explore a universe of infinite possibilities for its development.

Facial recognition sensors, which allow to recognize citizens in squares, banks or streets, and the scoring and social credit system, which arouses so much suspicion in the West, based on the history of debts, fines, and sites visited on the internet by people, it will give China a greater advantage over the rest of the world powers that seek to dominate the power of AI.

2045: post-workers
Futurists and science fiction writers have sometimes eagerly awaited the takeover of machine jobs with a kind of giddy, risky thrill and imagining the banishment of monotony and its replacement by expansive leisure and almost unlimited personal freedom . Advances in quantum computing and AI will mean that a great deal of life’s necessities and luxuries will become increasingly cheap and accessible , and in turn, great global wealth will be produced. But even leaving aside the questions of how to distribute that wealth, which deserve a separate chapter, the general disappearance of work will mark the beginning of a social transformation unlike any other we have seen.. Industry has served as the unofficial religion of any country. The sanctity and preeminence of work lie at the heart of the politics, economics, and social interactions of governments. What could happen if work disappears in full exponential acceleration of AI?

First of all, we will experience the paradox of work: many people who hated their work, feeling like slaves to it, but partially much more miserable doing nothing. A 2014 Gallup report on American worker satisfaction found that up to 70 percent do not feel engaged in their current job .

If government measures are not adopted in the face of the unstoppable advance of AI and the tsunami of massive unemployment, situations such as those experienced in the 20th century derived from the transformation of the automotive, textile or steel industries will be revived. Depression, spousal abuse, and suicide became much more frequent; the number of cases at the area’s mental health center tripled in a decade.

Second aspect, it will be necessary to orchestrate well the instrument ?? or similar- of universal basic income, which is currently becoming a relevant idea, supported not only by Elon Musk , but by figures such as Mark Zuckerberg , Jeff Bezos or Bill Gates, although in my view, wrongly used. It is getting a lot of traction and attention, there are many important pilot projects and experiments around the world, but it is not a panacea; It is not necessarily a plug-and-play solution, nor can it be extrapolated by each nation, but it is a starting point. It is an idea that we can develop and refine and that we have twenty years ahead of us to get it right. Especially looking for a way to build a future economy that works for everyone, at all levels of our society.

Sam Altman , former president of Y Combinator and co-founder of OpenAI , a San Francisco-based, AI-focused nonprofit, recently shared his thoughts and some warnings about the impending AI tech revolution that will disrupt “everything.” . Altman mentions that the technological progress we make in the next 100 years will be far greater than anything we have achieved since we controlled fire and invented the wheel.

For this reason, he considers it essential to design a wealth plan for everyone . Forecasting that, in as little as ten years, every adult in America could even receive $ 13,500 per year from their windfall , as a prelude to the post-work era. At the moment, with the creation of the startup Worldcoin , we are seeing its first steps in that direction, yes, with a controversial bet to scan your eyeball and pay you in exchange with cryptocurrencies, with the aim of creating a new global digital currency that will debut in due course giving a share to every person on earth.

Still, he cautions that if public policy is not adapted accordingly, most people will end up worse off than they are today. Like Atman , I am convinced that if nations collect and redistribute the wealth that AI will generate, the exponential productivity gains from AI could make the society of the future much less divisive and allow everyone to share in its gains.

As AI produces most of the world’s basic goods and services, and ends up evolving and mutating into General Artificial Intelligence or Superintelligence , people will free themselves to spend more time with the people they care about, taking care of them, enjoy your hobbies, appreciate art and nature or work for social good or climate change. Utopia? I can guarantee you not for a 2050 scenario.