Companies Will Pay Social Security For Trainees In Curricular Training 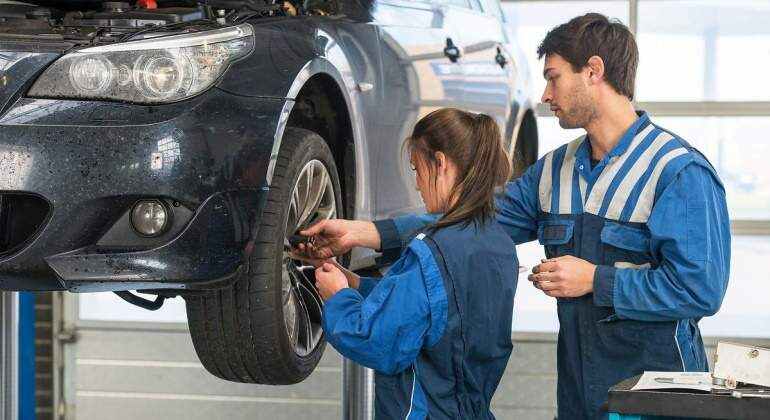 The negotiation of article 11 of the Workers’ Statute (ET) on training contracts has further muddied, if possible, the negotiation of the labor reform. Among the thorniest issues is the Government’s claim that the curricular and extracurricular internships carried out by university students, known as scholarship holders, entail contributions to Social Security and are remunerated, currently exempt from both business obligations.

The current regulation of these training practices (RD 1707/2011) establishes that the remuneration is voluntary and, only if it occurs, will it be paid to Social Security , something that will change if the proposal of the Ministry of Labor goes ahead.

There is some confusion about the current training modalities in the company. There are those in which an employment relationship is established between the company and the worker and, therefore, require a contract. Regulated by article 11, they include, on the one hand, the internship contract for people who already have the degree, but lack professional experience. This contract is not training, but rather for insertion into the labor market.

The other modality of article 11 is the contract for training and learning limited to VET students, which allows them to combine training with work experience in a company.

Apart from both contracts and outside the ET, the legislation allows university students to do internships (known as interns) in companies to meet the requirement of many university study plans of a stay in a company, awarded up to 25 credits. It is, therefore, a curricular training that can be completed with another extracurricular one, that is , it is not required in the study plan but is also validated with credits.

The Government’s proposal involves maintaining the internship contract for people with degrees (university and FP) with the new name of “training contract to obtain professional practice” and extends the current contract for training and education to university education. the apprenticeship, which will be called the contract for dual training. Thus, three levels of this dual training are created in the company : the first, for vocational training students (such as the current one), the second for university students (again) and the third for workshop schools and trade houses programs.

Although the draft says nothing about a possible repeal of RD 1707/2011 that regulates curricular and extracurricular practices, the negotiators point out that the university training modality comes to replace the current scholarship formula.

What Labor does propose is to repeal a figure created in parallel to the 2011 labor reform that allows non-labor practices (without a contractual relationship with the company) to young people who, even having accredited academic or professional training, lack work experience. In fact, this figure enters into a certain contradiction with the internship contract regulated in article 11 of the ET,also aimed at opening the labor market to people with a degree, but little experience. However, the latter is much more rigid and requires a salary and contribution.

The demands could close the doors to many practices required by the University
According to the draft currently under discussion , this replacement of the current figure of the scholarship holder by the new contract for dual training in the modality of University Training carries with it the “protective action of the Social Security of the people who sign a training contract, whichever Whatever its purpose, it will include all protectable contingencies and benefits, including unemployment. Likewise, it will be entitled to the coverage of the Salaria Guarantee Fund (Fogasa) “.

In addition, the Work proposal requires that students be remunerated as established in a specific collective agreement or, failing that, with the salary of the professional group and the remuneration level corresponding to the functions performed.

Such demands could set many companies back when it comes to signing collaboration agreements with universities in order to allow students to carry out curricular internships, according to the negotiators.