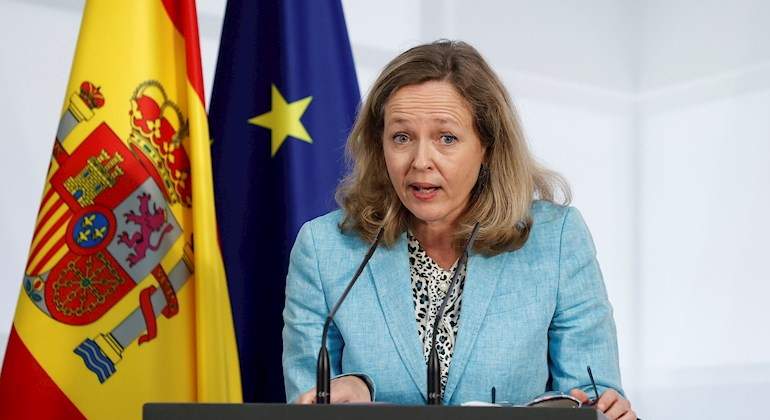 Returning to the pre-crisis public debt scenario requires seven years and an adjustment of 9 points of GDP of the primary deficit . It is a more than demanding scenario taking into account the current situation of public accounts, the possible medium-term scenario of tightening monetary policy if inflationary pressures continue to rise and the huge accumulation of debt of more than 30 points of GDP that It will weigh down the growth of the economy if it does not stop, first, its growth and, later, it begins to pay off debt in an accelerated way.

Taking into account the current macroeconomic scenario and that of the next few years until 2026 estimated by the International Monetary Fund (IMF), the most feasible and directly controllable path by fiscal policy to reduce public debt is to achieve a primary surplus of 2% of the GDP as of 2026 , so that in 2028 26 points of debt GDP have been amortized, reverting the ratio to the level it reached in the first quarter of 2020.

There would even be four more points of GDP to return to the level of the fourth quarter of 2019, last normal data.

Based on the fact that the fiscal rules in the Eurozone will recover in 2023 and with the monetary and financial constraints, it is urgent that the First Vice President, Nadia Calviño, design a credible budgetary consolidation plan internally, but especially towards the International investors who, despite having been displaced by the enormous weight of the European Central Bank (ECB), will regain prominence in the coming years.

To avoid a crisis of confidence over sovereign debt (with explosive growth and tolerance thresholds between 90% and 100% of GDP exceeded), it is necessary to design a policy that, in the first place, manages to stop the growth of the ratio of debt over GDP and, secondly, to begin to repay debt that has arisen temporarily due to the crisis and with the favorable effect of the non-refundable transfers that the EU will foreseeably make to Spain as of this year, although a rate much lower than that budgeted in 2021 (27,000 million).

Regarding the rest of the factors that determine the growth of public debt (inflation, real interest rates, economic growth), the Government has less capacity to influence, although it can take measures that favor growth, such as strengthening the capacity of debt repayment.

The inheritance of past years of fiscal indiscipline (the deficit objectives were never strictly met neither under the governments of the PP nor the first of Pedro Sánchez) now weigh as a lost time to have cleaned up public accounts in the face of the pandemic.

The role of the CPI in public debt
The reappearance of inflation is not good news for the Spanish economy … except for the public sector. An inflation process in the coming years reaching 2.5% in 2022 and 3% in 2023 would significantly ease the effort by the Government to reduce public debt. Specifically, the effort that would have to be made would be halved until 2026, assuming a milder scenario of reducing the primary deficit.