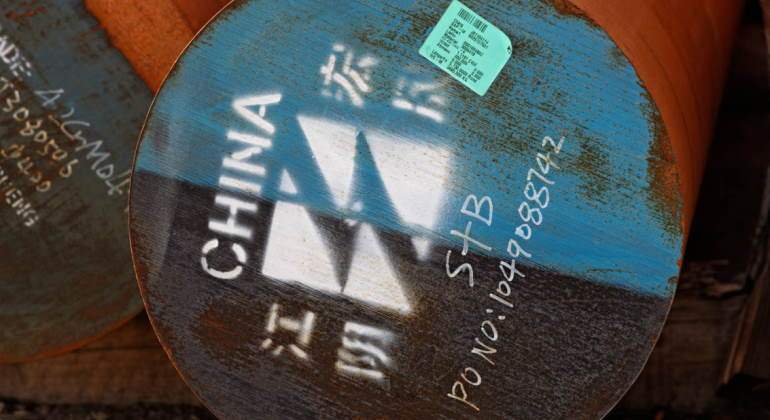 China is trying to act as a kind of global central bank through the control it exercises (or believes it exercises) over raw materials. The ‘Asian giant’ was accused of hoarding raw materials during the toughest phase of COVID-19, helping to generate a bullish rally that has been called by many as a new raw materials supercycle. Well, that policy, together with the global recovery of the economy and other factors, has triggered the price of metals, oil, food … generating a wave of inflation that Beijing seeks to deflate by taking part of its reserves to the market.

China is starting to sell large amounts of industrial metals that were part of its state reserves, in an effort to quell the sharp rise in prices at factories, which have reached a 13-year high and are stoking fears of global inflation. , as reported from The Wall Street Journal . However, there are many factors that are giving speed to the price boom, such as the increase in freight rates or the energy transition itself , which is making the price of energy extremely expensive.

Beijing is the world’s largest buyer of a wide variety of industrial products and is therefore an important part of world demand. Now China is using its weight in the market to try to quell the sharp rise in world metal prices over the past 12 months, including the 65% rise in copper, an indicator of macroeconomic health. The economic stimulus measures and the strong recovery in global economic activity from the lows of the pandemic have triggered a wave of purchases in China and elsewhere.

Even so, the Beijing measure comes when some metal prices, including copper, had already begun to fall in recent weeks, given a change in market sentiment, they believe that prices were not justified by the reality that those metals live.

A success not guaranteed
Beijing’s enormous power over metals does not necessarily guarantee its ability to control world prices . Even so, the decision is firm and aims to contribute in one way or another to calm inflation that has reached 5% in the US or 2% in Europe.

However, it is in emerging markets where the rise in prices is most dangerous, since the increase in raw materials is compounded by currencies that are more volatile and economic and demographic structures more prone to inflation. Turkey, Russia, Brazil, India, Argentina or Ukraine are some of these countries that can have problems with too high inflation.

Very high inflation can be detrimental to the global economy, something that does not suit China. The largest ‘factory’ in the world must also ensure the health of its customers if it wants to maintain or increase its sales abroad.

In a brief statement, the National Administration of Food and Strategic Reserves -department of the National Reform and Development Commission, the country’s main economic planning body- pointed out that it will carry out these plans “in the near future”, without specifying specific dates. .

The measure is taken with non-ferruginous metal processing and manufacturing companies in mind, and is in line with the plans of the State Council – the Chinese Executive -, the statement added. The materials will be delivered to companies in the aforementioned sectors after a public auction procedure.

China seeks solutions
In recent weeks, regulators in the Asian country have summoned the companies supplying raw materials to assess the rise in prices, which the authorities also attribute to speculation in the markets.

At the end of May, the State Council announced measures in this regard, pointing out that there will be “zero tolerance” for illegal activities related to the prices of raw materials.

ING Bank’s Warren Patterson and Wenyu Yao explain that “an important factor is the message that the Chinese authorities are sending to the market, with their efforts to curb the rise in commodity prices.” There were times when global copper supplies were feared .

Senior Chinese officials are looking for ways to curb increases in commodity prices. The State Council ruled last month that it would take steps to ensure adequate supply and stable prices for raw materials.

“We need to keep prices basically stable and pay particular attention to trends in commodity prices,” said Chinese Vice Premier Liu He after China’s producer price index rose 6.8% year-on-year. in April. However, that indicator accelerated to 9% in May, beating the consensus forecasts of economists and reaching the fastest pace since September 2008. The increase comes as inflation for consumers and producers increases dramatically in USA and half the world.

“We cannot rule out the possibility of more price control policies being introduced,” a Huatai Futures commodities strategy said in a report. The market is watching Beijing cautiously awaiting further measures or new announcements.

Massive purchases from China have affected markets for other commodities globally. The sharp rise in natural gas last winter, triggered by massive Chinese purchases, put parts of Japan on the brink of blackouts.

The red metal, largely considered a benchmark due to its versatility in industrial applications, has already fallen 9% since hitting its all-time high in early May. The metal’s dizzying rally may have exceeded its supply and demand fundamentals, even before Beijing’s announcement on Wednesday, some analysts say.

It will be enough?
Analysts, ranging from ING to Goldman Sachs, doubt China’s ability to influence the market in a significant way. “It is not clear whether metal sales will sufficiently affect China’s rising producer price inflation,” experts say.

China’s statistics office has also attributed the increase to raw materials not included in these latest metal auctions, such as crude oil and iron, raw materials that China consumes intensively, but whose power to influence the market is less .

” Industrial inflation pressure will likely continue and pose additional risks to economic growth,” Citigroup economists say in a note earlier this month, adding that there is no quick or easy solution to this round of driven inflation. for raw materials.