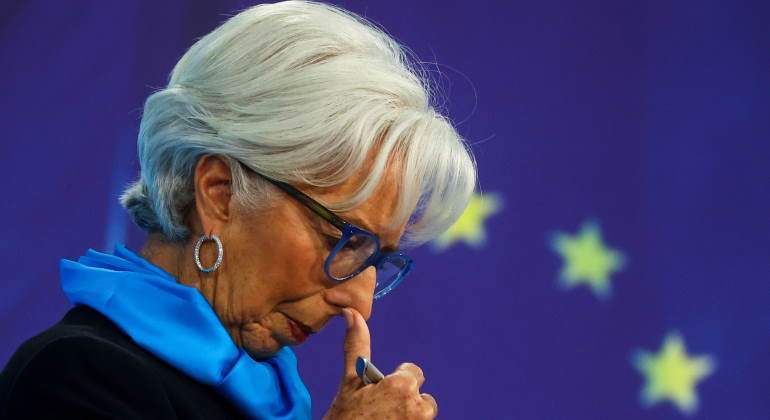 The last meeting of the year of the European Central Bank (ECB) arrived, a meeting in which the institution has not departed from the expected route plan, confirming that the withdrawal of the stimuli continues, but without ruling out any type of change in this process in the coming months, if the situation requires it. Lagarde and the institution’s Governing Council are very clear on one issue: flexibility is now absolutely key for the ECB, as the pandemic requires it. And not just the pandemic, since who knows what the price of energy will do in the coming months? Much of the rise in inflation in 2022 depends on this factor, and to know what will happen it is necessary to have a crystal ball.

However, with this scenario on the table, the ECB has chosen to confirm that the Pandemic Emergency Purchase Program (PEPP) will end , as previously announced, next March. But, yes, Lagarde wants to avoid that the liquidity tap in the Old Continent is closed too dry, for which he has announced an increase in debt purchases during the second and third quarters of 2022, in this case low the umbrella of the APP (the Asset Purchase Program).

Now, the calendar is as follows: as of March, the ECB will stop buying the nearly 70,000 million euros per month with the PEPP, but will increase the injections carried out with the APP, from 20,000 million current every month, up to 40,000 million. In the third quarter it will reduce purchases to 30,000 million, and in the fourth it will return to 20,000 million, the amount that Mario Draghi left before leaving, and in which purchases are expected to continue once the pandemic ends. Moreover, for the end of this program there is no date marked on the calendar.

During his appearance, Lagarde pronounced a phrase that makes clear the uncertainty with which the ECB now has to dance: “We have a situation of strong recovery, and inflation approaching our goal, but on the other hand, there is the uncertainty of the pandemic , energy prices and the mismatch between strong demand and bottlenecks, “explained the French.

Obviously, no one expected today that rates would rise, and no one expects it for next year, but Lagarde also does not rule out even this scenario: “In the current circumstances, it is very unlikely that we will raise rates in 2022, but we will have to go monitoring the economic data as they are produced, “he said.

Decision to everyone’s taste
The ECB withdraws the PEPP, yes, but makes sure to make it clear that it could recover it at any time, if it deems it necessary, a decision that shows the flexibility with which Lagarde wants to move in the coming months, avoiding getting his fingers caught when commit to any decision.

“There has been something for everyone,” they point out from ING to explain the conclusions of the meeting. “The increase in the APP, short in time, is a clear victory for the hawks, while leaving the end of the program open is for the pigeons. Having postponed any decision on TLTROs and aid to banking shows that the ECB He still has a lot to discuss, “they explain from the bank. “With this decision, the ECB has started a very cautious tapering process, and the details are much more vague than we expected,” they point out.

In the same vein, MFS Investment Managers conclude that “the decisions of this meeting seem to be a compromise that has been reached among the most aggressive and cautious members of the Governing Council.”

The new ‘macro picture’
The revision of the macroeconomic forecasts has not been positive, and leaves a clear message: there will be more inflation in 2022 than expected, at the same time that growth will be less for the euro zone. The inflation estimate for 2022 has gone from 1.7% (the one they maintained in September) to 3.2%, a “very significant” increase in Lagarde’s words. For 2023 it is now 1.8%, three tenths more than what was expected in September, while for 2024, the first estimate of the institution also points to 1.8%.

PEPP ends, but reinvestment will not stop until 2024
Although the ECB’s Pandemic Emergency Purchase Program (PEPP) will end in March, as expected, this debt will remain on the ECB’s balance sheet longer than initially stipulated. The maturities of the bonds that the agency has bought with this tool will continue to be reinvested, at least until the end of 2024, so there will be no liquidity ‘drain’ in this part of the ECB’s balance sheet, at least until 2025. It is a Considerable amount: with the institution’s calculations, it will be more than 1.8 billion euros that will have been purchased under the PEPP umbrella, since it began in mid-2020, until its end in 2022.