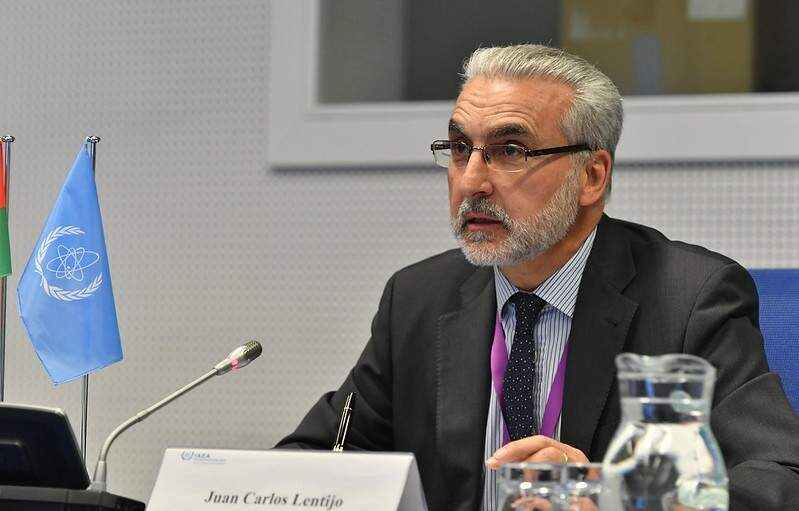 Juan Carlos Lentijo has been appointed technical director of Nuclear Safety of the Nuclear Safety Council (CSN), at the proposal of the Ministry for the Ecological Transition and the Demographic Challenge (reported favorably unanimously by the Plenary of the regulatory body) and approved by the Council of Ministers, whose Royal Decree of appointment was published on Wednesday in the Official State Gazette (BOE).

The new technical director rejoined the CSN last June from the International Atomic Energy Agency (IAEA), where he has held the role of deputy director general and head of its Nuclear Safety department for 6 years. Previously, in June 2012, he came to this international organization to occupy the position of director of the Nuclear Fuel Cycle and Waste Technology Division.

Trajectory and prestige
An industrial engineer, the Valladolid native joined the CSN in 1984 , where he held the positions of project manager for nuclear power plants, resident inspector at the Cofrentes plant (Valencia), deputy director of Emergencies and, later, of Environmental Radiological Protection. Likewise, for nine years he assumed the position of technical director of Radiation Protection.

After the well-known accident at the Fukushima Daiichi nuclear power plant (Japan), which took place in March 2011, the then technical director of Radiation Protection carried out intense national and international work . In May of that year, he went to Japan as a member of the committee of experts appointed by the IAEA to analyze the situation of the damaged nuclear installation.

Later, Lentijo traveled to the Japanese country as the head of the team of international experts sent by the IAEA with the mission of analyzing the recovery work in the areas affected by the Fukushima accident.

In 2017 he was awarded by the Official College of Industrial Engineers of Madrid with the “Honorable Mention for Industrial Engineer of the Year”. That same year, the Spanish Nuclear Society awarded him the “Carlos Sánchez del Río” award, in recognition of his contribution to the peaceful uses of nuclear energy. In addition, the newspaper El País selected the engineer as one of the 100 protagonists of the Ibero-American world in 2013, in the category of researchers and pioneers.