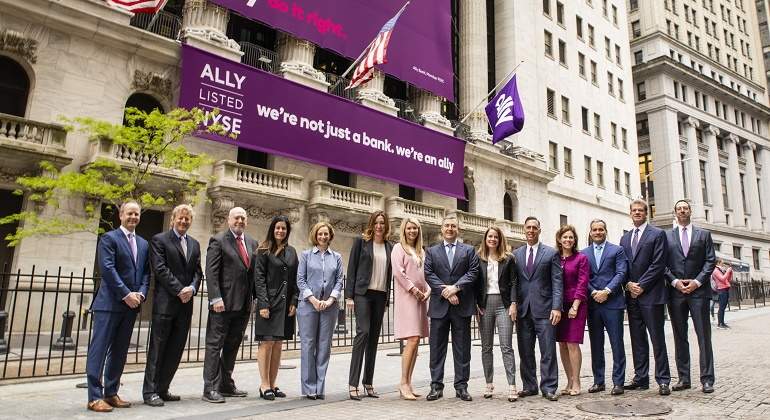 The all-digital US bank, which also finances cars, receives a better recommendation to buy its shares than some large US banks. For your 2022 benefits, multiples of 6.5 times are paid. | All about the fund advised by the Economist, Tressis Cartera Eco30.

Eight years ago Ally Financial managers were asked what the financial industry would be like in twenty years. “The future of banking is to eliminate the branch through a combination of video units, telephones and online, ” said at the time Mike Pennella, then director of design and strategy of the US bank.

“Today you use a keyboard, both on a computer and on a phone. Those things will probably become obsolete,” said the expert, attributing the cause to the deployment of technologies such as voice recognition.

In the world of banking, the future is already here. ” Data can be used in place of assets to guarantee loans, making it possible for individuals and businesses to borrow money because of its character, not because of its collateral,” they wrote this year in The Economist .

From Deloitte they emphasize robotic and cognitive automation (R&CA for its acronym in English), which they define as “the transformation that will change the people, processes and technologies of the organization”. That is, the change that artificial intelligence, the Blockchain and the cloud are going to bring to the financial sector to manage all possible data and anticipate customer needs.

According to an Accenture analysis published in April, “Digital-focused banks benefited from market valuations that, on average, were 18% higher than their less digitized peers in 2019, and 27% higher in 2020.” .

Ally Financial, an exclusively digital bank in the US, with a leg in car financing, is an example of this commitment to technology. Those who invested in January in the Tressis Cartera Eco30 fund , advised by this newspaper, will have seen their money revalue a little more than 20% so far this year, and part of that profitability is also due to the good performance of Ally’s shares on the floor: they earn 30%.

If financial sector firms worth more than 15 billion euros are taken as a reference , the analysts’ favorites are Exor (the Agnelli’s investment arm), Ally, Visa, Brookfield AM and BlackRock – they receive a recommendation from Buy your shares clearer than those of Goldman Sachs , Morgan Stanley, Charles Schwab or Northern Trust-.

The market consensus foresees that Ally Financial’s net profit will reach 2,700 million euros this year, 75% higher than in 2019, although for next year it is estimated that it will remain around 2,000 million.

Thus, for the profits of 2022 of the American bank, multiples of 6.5 times are paid, compared to 12.7 times for Bank of New York Mellon or 21.8 times for Charles Schwab. Ally’s stock, which in October was about to exceed the record it had set in June, has lost the $ 50 area, but the consensus of analysts foresees a potential market rally of 42% in the next twelve months, up to $ 67.