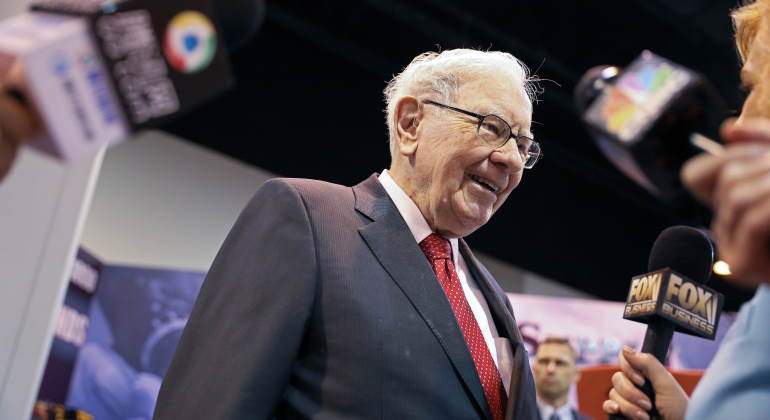 Berkshire Hathaway, the conglomerate of veteran investor guru Warren Buffett, revealed this Saturday that its accumulated profits have continued to skyrocket through September, but in the most recent quarter it has noticed the retreat of the markets and the problems in the supply chain.

The company based in Omaha (Nebraska) earned 50,149 million dollars until September, about eight times more than what it obtained in the same section of 2020, in the middle of the coronavirus crisis, while its accumulated turnover amounted to 204,296 million, a 13 % more year-on-year.

However, in the third quarter of the year it reduced its profit by 65% ​​compared to the previous year, mainly due to a sharp drop in the return on its stock market investments, which contribute to the total results together with other businesses focused on insurance, the energy or infrastructure, as reported by EFE .

In the profit of 10,344 million dollars obtained in the most recent quarter, stock investments represented 3,823 million, 85% less year-on-year, coinciding with a very complicated month of September on Wall Street due to the fear of rising prices and bottlenecks.

The firm said it prefers not to pay as much attention to those returns related to fluctuations in the stock market as to the operating profits of its businesses, which increased 18% to 6,466 million.

“In the second half of 2020 and continuing into 2021, many of these businesses experienced significant revenue and profit recoveries, which in some cases exceeded pre-pandemic levels,” the company commented in its accounts report presented today to the US regulator.

“However, many of our businesses were negatively affected by the current disruptions in the global supply chain, including those attributable to major winter storms and a hurricane in North America,” he added.

On the other hand, the firm led by Buffett made a buyback of its own shares this quarter worth about 7.6 billion dollars, and so far this year it has invested more than 20 billion in this concept.